In a statement, a spokesperson of Jama’at said that the people of valley are facing the worst phase of history as they are being subjected to “blatant oppression at the hands of the Indian forces, youths are being killed mercilessly and detained under various draconian laws only for raising their voice to be provided with their basic right of self-determination”. 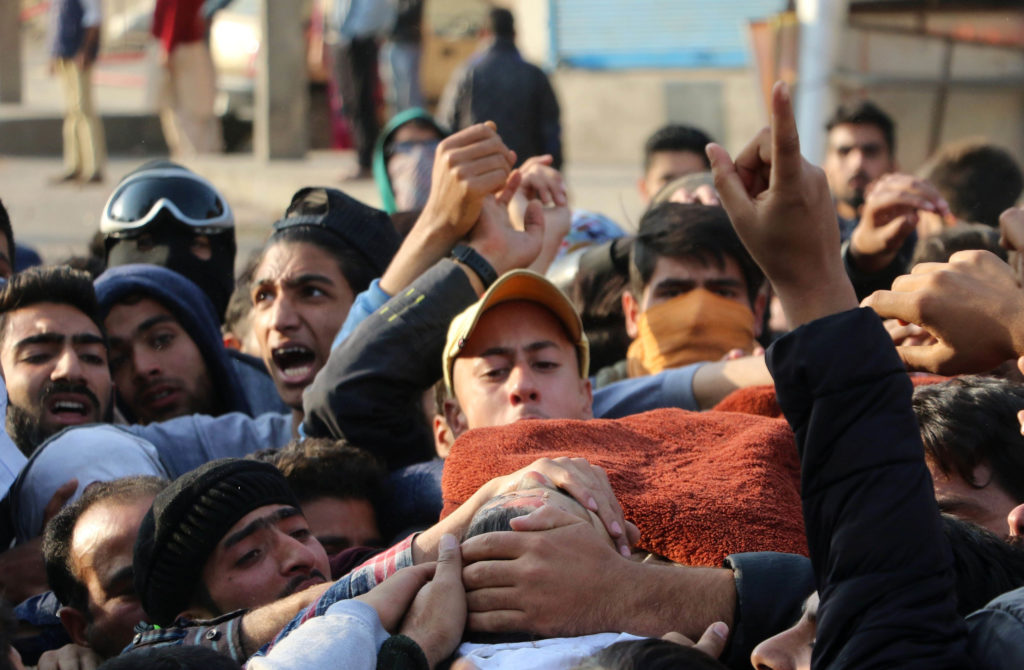 “The life, honour and property of every Kashmiri is at stake for refusing their subjugation before the oppressors who want them to surrender all their rights and live at their mercy. The human history stands a witness to the fact that suppression or oppression has never succeeded in making a nation surrender their dignity. If the long pending issue of Kashmir is resolved as per the aspirations of the people living in J&K in a just manner, this South-Asian region will become an abode of peace and progress within no time as the huge budget spent on the defence will be utilized for removing the poverty of the people concerned.”

Jamaat-e-Islami while expressing its concern over the “state-sponsored oppression” upon the hapless people of Kashmir, asked the International Community and the human rights bodies to come forward and adopt the measures for the just and stable resolution of the Kashmir issue and for putting a brake on the ever-increasing human rights violations by the Indian forces.

“Jamaat also condemns the brutal killing of an innocent boy of Fateh Kadal, Srinagar namely Rayees Ahmad Sofi who after being dragged out of his house, was shot dead mercilessly by the Indian forces personnel. The killing of Rayees, besides being a blatant violation of the right to life, is also an extra-judicial murder and all those personnel involved in this gruesome act deserve a deterrent punishment.

“Jamaat demands the unconditional release of all the detainees and the shifting of all those detainees lodged in various jails outside the valley to the valley. Jamaat also impresses upon the local administration to put a stop to the ongoing arrest spree and the misuse of powers under various laws particularly those under the draconian law of Public Safety Act. Jamaat pays tributes to all those militants martyred in the recent encounters,” the spokesperson said.