J&K: Omar reminds Mehbooba of ‘they aren’t coming out to buy milk or toffees’ comment

“How short Ms Mufti’s memory is! She forgets that she was the architect & beneficiary (it kept her allies in good humour) for her entire period in office. She is in no position to criticise anyone for ‘relentless violence’,” he wrote on Twitter. 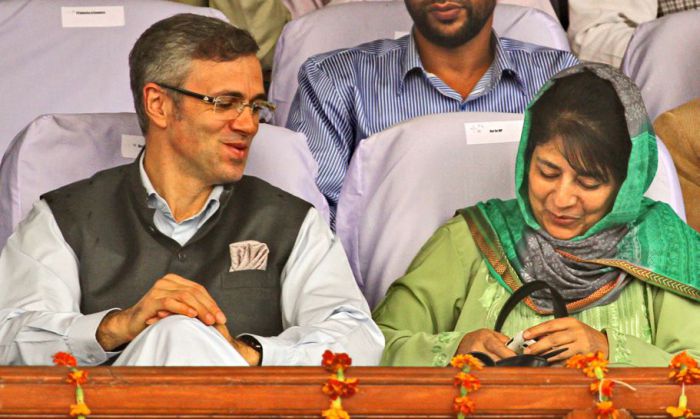 Omar was responding to Mehbooba’s tweets in which she called for withdrawal of cases against Kashmiri students studying in the Aligarh Muslim University (AMU) and described Wani as “a victim of relentless violence in Kashmir”.

“Pushing youth to the wall will be counter productive. Centre must intervene in withdrawing cases against students & AMU authorities must revoke their suspension. The respective State governments outside JK should be sensitive to the situation & prevent further alienation,” Mehbooba had tweeted.

“It will be a travesty to punish them for remembering their former colleague who was a victim of relentless violence in Kashmir,” she said in another tweet.

Omar said Mehbooba headed the Unified Command which “directed the security forces to execute ‘Operation All-out’ & she famously justified the killing of young protestors in 2016 saying ‘they aren’t coming out to buy milk or toffees’, .