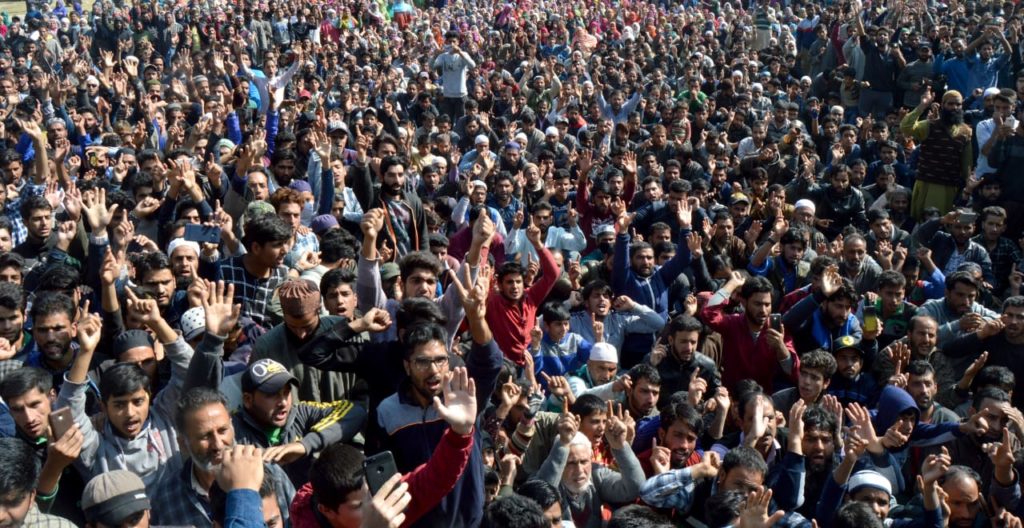 Witnesses said that thousands of people from Pulwama and adjoining areas despite curfew-like restrictions participated in the funeral procession of Hizb militant, who was killed in a gunfight at Babagund area of the district.

“Men, women and children in hordes attended the funeral, amid anti-india and pro-freedom slogans,” they said. 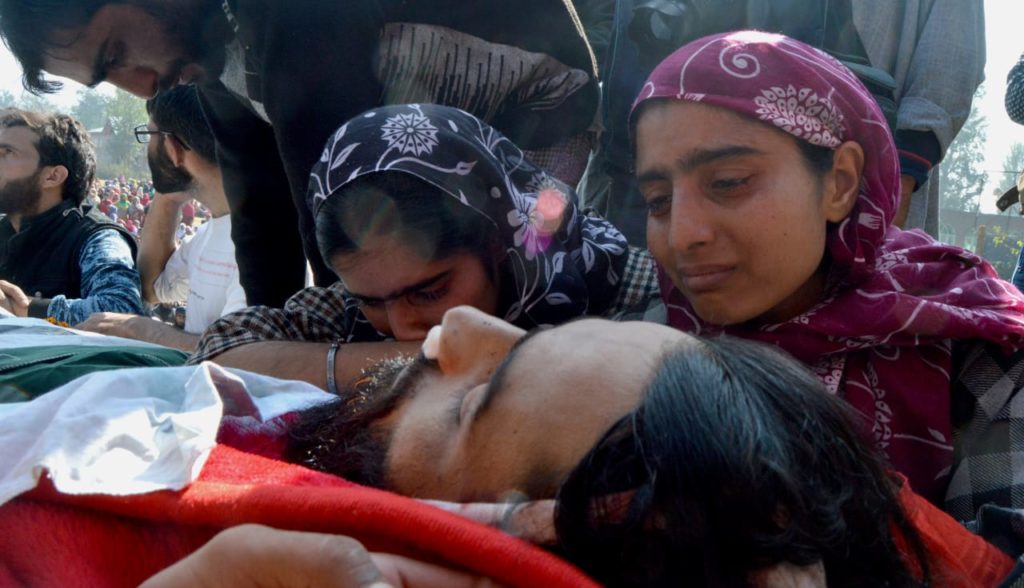 Meanwhile reports said that four to five militants appeared in the slain militants funeral and offered gun salute to him.

“They fired several bullets in air and fled from the area immediately,” they said.