Srinagar: Police on Saturday said that one Hizb militant who was injured in Babagund village in south Kashmir’s Pulwama district has been admitted in SMHS hospital where he is presently being operated upon.

A police officer identified the militant as Showkat Ahmad Dar son of Nazir Ahmad Dar of Muran, Pulwama who was injured in the encounter at Babagund where one Hizb militant identified as Shabir Ahmad Dar alias Maali was killed while third one Zahoor Ahmad Thoker, former army soldier managed to escape. 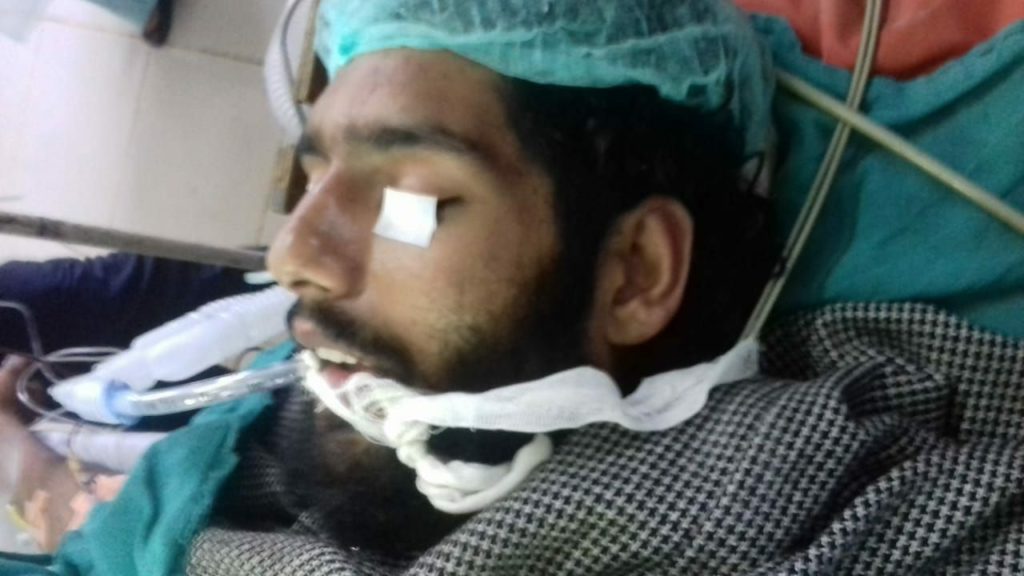 The officer said that Showkat was admitted by some unknown men and women who wrote his name as Bashir Ahmad in the hospital registry.

According to a doctor, Dar received a bullet wound in his abdomen which severely damaged his internal organs. The doctor said his condition is very critical.

He said that police has taken cognizance and further action is being taken.

Earlier, an encounter ensued during pre dawn hours when militants attacked an army patrol and they were later chased..

The Army along with the reinforcements of police and CRPF cordoned off the area eventually leading to a gunfight in which one militant was killed while another managed to escape. (GNS)