Srinagar: Army has said that more than 250 militants are ready to infiltrate into this side of the Line of Control.

General Operations Commanding of Srinagar based 15 corps of the Indian army while briefing media in remote Keran in northern Kashmir on Friday, however, said the soldiers are ready to give “befitting reply to foil all the attempts of infiltration”.

Bhat said that there are heightened chances of increased infiltration attempts during winter months. 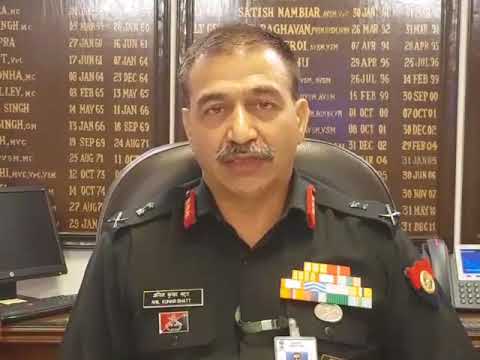 “Militants are being trained to infiltrate into this side of the Line of Control and disrupt the peaceful environment each passing day.

“Our forces are at their best. We won’t allow militants to sneak into this side of the LoC,” Bhat said and sought support of the local residents.”

Bhat said that the militancy is on a decline in Kashmir including southern parts of Kashmir. “Militancy is decreasing each passing day… in South Kashmir as well… South must learn from North Kashmir…,” he said. “North Kashmir hasn’t given shelter to militants,” he said and thanked the people of northern Kashmir.

The general said that it won’t take the army much time to “eliminate the militancy from ground zero” across Jammu and Kashmir. “Our forces have always overpowered the militants and will continue to do so in future.”

Bhatt said that the biggest challenge for the army and other security agencies including Jammu and Kashmir police and CRPF has been the growing trend among youth joining militant ranks.

“Our primary agenda is to eliminate and give chance to local youth to join mainstream and live in amity in this country.”