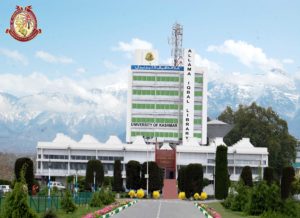 Srinagar: In clear violation of the Houses and Shops Rent Control Act, the landlords catering to the students of Kashmir University (KU) have gone for an unjustified rent hike thus putting pressure on their already stressed economic conditions.

“Currently, the rent system and the related things are regulated and administered by Chief Judicial Magistrate (CJM) who is vested with such power  under The Houses and Shops Rent Control Act of Jammu and Kashmir Constitution which, the act, provide laws and guideline for the regulation of the rent system in the state” said advocate Nasir Quadri.

However, these rules are thrown to winds when it comes to the landlords owning rental apartments and rooms surroundings the Kashmir University.

The KU students staying in rental accommodations outside the varsity complain that their landlords have gone for an unfair hike.

“It means I am paying Rs. 5500 per month as rent to the landlord. It is an exorbitant amount by all standards”.

Manzoor said the KU hostel charges each student about twenty three thousand (23000) rupees a year which includes food as well.

“I am charged more than two times what students pay in KU hostel,” he said.

The students said when they resisted the unjustified hike by the landlords, they were told to vacate the rooms.

“So it our compulsion to agree to their terms and conditions,” Manzoor said.

“Nobody is paying heed to our complaints. The government seems to be in deep slumber, so is the university. Nobody pays any attention. It has disturbed our education”.

The problem becomes worse for students whose parents belong to below poverty line (BPL) and lower middle class. They cannot afford to take rooms on rent and instead are subjected to severe hardships as they struggle to pay the hike.

Hikmatyar, another student of KU, from south Kashmir’s Kulgam district, said that he has to move from home to university as he could not afford to pay the room rent.

“I come from a poor family. I can’t afford to pay the rent as it is too much for me,” Hikmatyar said.

“As such I decided to drop the idea of renting a room. Instead, I frequently travel from home to university and back”.

The students claim that the landlords around the varsity have raised the rents approximately by 40 to 50 percent increase.

The students further allege that landlords have gone for unjustified raise in the rent after varsity decided to open evening classes in the University.

They add that the evening classes were later abolished, but the raise in the rent hike continued to remain so.

While talking to the landlord, who wished to remain anonymous, argued that there is no law stipulating the amount to charge the student tenants or any tenant.

“So we charge as we like. We charge suitable amounts from the students,” landlord said.