Srinagar: The Indian authorities should ensure that documenting and updating the names of citizens in the northeastern state of Assam is transparent and nondiscriminatory, Human Rights Watch and Amnesty International India said today.

The potential exclusion of over 4 million people, many of them Muslims, raises concerns over arbitrary detention and possible statelessness without due process.

The statement issued by them reads that on 30 July 2018, the Assam state government published a draft of the National Register of Citizens (NRC), aimed at identifying Indian citizens and legitimate residents following repeated protests and violence over irregular migration from Bangladesh. The register only lists those people as citizens who can prove that they or their ancestors entered India before midnight on 24 March 1971 – the eve of the war that led to the creation of Bangladesh. The process to update the register, which various political parties and ethnic groups in Assam have demanded, is being monitored by the Supreme Court. 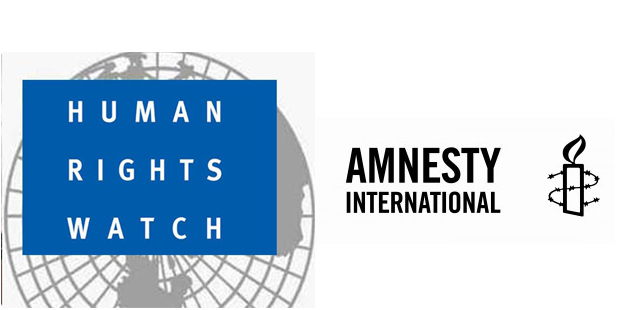 “Assam has long sought to preserve its ethnic identity, but rendering millions of people stateless is not the answer,” said Meenakshi Ganguly, South Asia director at Human Rights Watch. “Indian authorities need to move swiftly to ensure the rights of Muslims and other vulnerable communities in Assam are protected from statelessness.”

The government has said that this is a draft list and those whose names are missing from the register have until 28 September 2018 to seek a correction.

“No one will be sent to detention camps,” said Assam’s finance and health minister, Himanta Biswa Sarma.

“Rights or privileges will not be taken away from them just because their names have not appeared in the draft NRC.” The central government has also said that after the final list is published in December, applicants left out will have an opportunity to seek a correction from the Foreigners Tribunals.

According to HRW and Amnesty international the government has not formulated an official policy for those people who are excluded from the National Register of Citizens and declared foreigners by the tribunals. In December 2017,Sarma said that, “the NRC is being done to identify illegal Bangladeshis residing in Assam,” and that “all those whose names do not figure in the NRC will have to be deported.”

However, Bangladesh has not agreed to claims that these people are irregular migrants, making deportation to Bangladesh unlikely. India does not have an agreement on deportation with Bangladesh.

Irregular migration from Bangladesh has long been a volatile issue in Assam and concerns over the inclusion of these so-called “illegal immigrants” in electoral rolls has grown in recent years. Assam has a long history of armed groups targeting those considered outsiders to protect the claims of “indigenous” citizens.

The statement says that in May 2018, protests erupted in Assam over aCitizenship Amendment Bill which would grant citizenship to Hindus, Sikhs, Buddhists, Jains, Parsis, and Christians from Afghanistan, Bangladesh, and Pakistan. While the proposed law deliberately excludes Muslims, including Shia and Ahmadiyya who also face persecution in Pakistan, many groups in Assam fear that this will increase influx of Hindu Bangladeshi migrants to the state.

“The NRC should not become a political tool to render stateless people who have been living in India for decades and have established strong links with the country,” said Aakar Patel, Executive Director of Amnesty International India. “During the process of claims and appeals, the state government should ensure that the people excluded from the NRC are not deprived of any government services, nor targeted or stigmatized in any manner.”