Islamabad: Indian politicians are cautious, former diplomats say things are too early and even cricket fraternity in the country is not making much noise about Imran Khan emerging victorious in Pakistan polls.

But Twitteratis have applauded the cricket legend-turned-politician’s incredible achievement. Some admirers even do not mind comparing him with Muhammad Ali Jinnah, the founder of Pakistan. 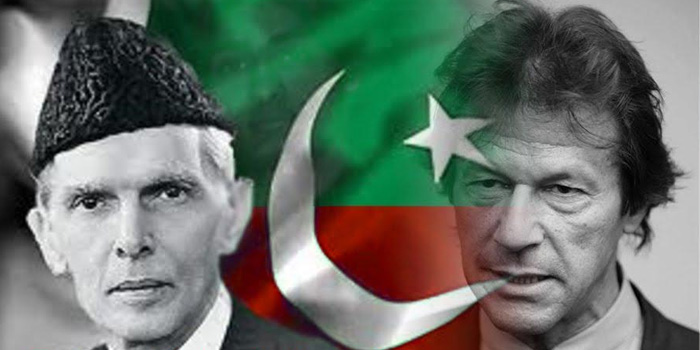 A former Indian star batsman Sanjay Manjrekar, however, has tweeted: “Imran is the epitome of setting the bar high and reaching it. Congratulations and good luck to my cricketing hero, Imran Khan!”

Two Bollywood stars have also spoken on one of the greatest political stories of contemporary setting.

Actor Jaaved Jaaferi tweeted: “Congratulations Imran Khan (of PTI)……you have been a great sportsman and a diligent social worker.. I am sure you will be a wise and potent prime minister benefitting not only Pakistan but also Indo Pak relationships. Dua’s and best wishes”.

Noted film star Rishi Kapoor also took to micro blogging site and wrote: “Well spoken Imran Khan. I have been saying whatever you said on all channels past two days regarding India-Pakistan! I hope you succeed in making your “Mulk” have good relations with my Mulk”.

Kapoor-starred film ‘Mulk’ is set for release on August 3.

Among Imran Khan’s admirers, Pakistani cricketer Shahid Afridi wrote: “Congrat PTI and Imran Khan on a truly historic victory. The 22 year old struggle has finally paid off & deservedly. Pakistanis have a lot of expectations from you”.

The cricket star further wrote: “I really hope you lead from the front. I request all opposing parties and media to accept the result and help rebuild Pakistan”.

“Delighted with the fact that the Pakistani Army has won the elections and that Imran Khan will be representing those habitual losers. Democracy my foot,” Seth said.

Asfandyar Bhittani, a net savvy Pakistani citizen, wrote rather in a lighter sense – “Imran Khan should stop making cancer hospitals because we what we really need are dozens of psychiatric hospitals across Pakistan on emergency basis”.

The elections and victory of Imran Khan-led PTI will lead to a new path to prosperity after decades of stagnation; millennials and professionals are energised today, he said.

On twitter handle by the name Nisa with tag line ‘Just another Disaster’ wrote – Imran Khan is the bestest leader for Pakistan after Mr Jinnah.

‘An ordinary PTI worker’ lauded Imran khan and described his leader as the “best liberal politician ever produced by Pakistan after Jinnah”.