Permitting or not permitting banned TV channels is not within our purview: Govt 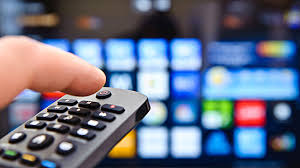 Srinagar: The government has made it clear that the issue of permitting or not permitting telecast of any TV channel is not within the purview of the State Government

“The powers to permit or not permit telecast of any TV channel are vested with the Ministry of Information and Broadcasting, Government of India and not with the State Government,” a spokesman of the state’s Home Department said.

The Governor’s administration had earlier banned the telecast of at least 30 Pakistani and Islamic channels in the Valley for ‘maintaining peace and tranquility’ in the region.

The home department spokesman further said that any TV channel operating within the ambit of the law should approach the Union Ministry of Information and Broadcasting to obtain the necessary permission.

“If any TV channels feel that they do not promote any illegal activity, they are entitled to obtain necessary permission from the Ministry of Information and Broadcasting,” he said adding that the circular instructions regarding non-permission of telecast of certain TV channels are not new.

The spokesman said the Home Department issued a repeat circular on 02-07-2018 addressed to all District Magistrates asking them to take action according to legal provisions wherever it is found that certain TV channels which are not permitted by the Ministry of Information and Broadcasting, Government of India are being transmitted.