Five pilgrims killed, many injured due to landslides, flash floods near Baltal 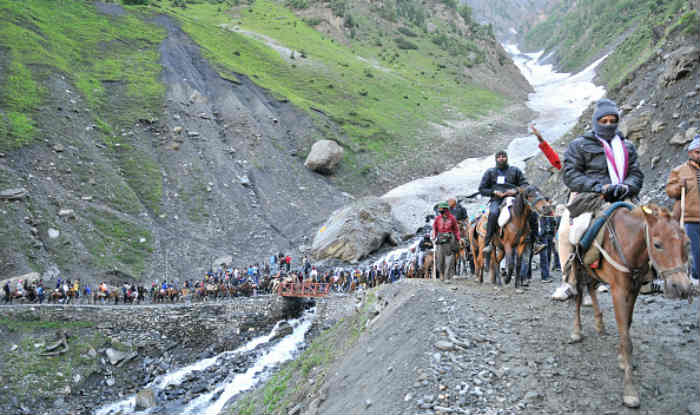 Srinagar Five Amarnath pilgrims were killed and scores others were injured after flash floods and landslides caused by cloudbursts amid heavy rains occurred near Baltal area of central Kashmir’s Ganderbal district on Tuesday evening.

A police officer said this evening the natural calamity struck at Brari Marg and Rail Pathri near Baltal-en route to Amarnath cave shrine, triggering off landslides and flash floods in the area.

In the mishap, five yatris died on the spot while as scores others suffered injuries, he said. The injured have been immediately evacuated to the nearby hospital by the police, ITBP, army, CRPF and State Disaster Response Force (SDRF) teams.

The other injured were later referred to different hospitals of Srinagar for specialized treatment where the condition of three more pilgrims is said to be critical, he said.

Besides, Brari Marg and Rail Pathri, landslides also occurred at a number of places in the adjoining areas of Baltal.