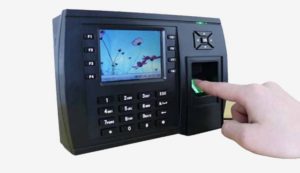 Srinagar: In order to issue punctuality in government offices, the administration has ordered implementation of biometric attendance system in all the public offices and establishments.

According to the order, no salary or wages would be drawn in favour of the government employees of any category for the month of June 2018 onwards unless they have enrolled themselves in Biometric System (Aadhar not mandatory).

The government said the order will be applicable to all the PSU employees, contractual/ consolidated/casual workers or any other type of persons drawing wages in any form from the public exchequer.

“It will be the duty of the concerned DDOs to ensure enrolment before 30th June, 2018 and furnish a certificate for the same along the Salary /Wage Bill presented in the Treasury, without which the Treasury Officers are directed not to entertain any’ Salary/ Wage bill,” the government said.

From 22nd June, 2018 onwards, the government said the marking of attendance in the system would be compulsory for all categories of employees and wage earners.

“Only after the scrutiny of monthly attendance, the DDOs would prepare Salary/Wage bill and certificate would accordingly be furnished along with the bill to the Treasuries concerned,” the order reads.

The government said Administrative Secretaries/HoDs/DDOs of various Departments/Corporations shall ensure installations of desktop based (low cost) Biometric Attendance System/ Machines in their respective offices at an earliest by purchasing the same at DGS&D rates or through GeM Portal out of OEI’ Machinery and Equipment’ Head.

Information Technology Department and NIC Centres in each district are directed to provide necessary guidance and support for its implementation, the government said.

“All officers/ employees are also directed not to leave their place of posting either on tour or for personal reasons without written permission from their respective Heads of offices. Any violation thereof will automatically attract disciplinary proceedings,” it further said.