Dialogue or talk about the talks? 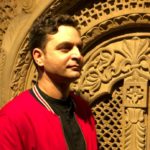 On his just-concluded two-day visit to Jammu and Kashmir Indian Home Minister Rajnath Singh parried a question whether New Delhi was ready to have a dialogue with the Hurriyat, and if yes, what would be its terms of reference?

Instead Mr Singh chose to answer this important question in an indirect and hazy manner, saying that talks could be held with the “right-minded people”, not necessarily the “like-minded people”.

Besides, Mr Singh also spoke about the role of New Delhi’s Special Representative Dineshwar Sharma arguing that the latter is not in the Kashmir Valley for sightseeing purpose and that he is meeting people and supposed to meet more people in the future.

This was another little shift in the Bharatiya Janata Party (BJP)-led government’s confused policy on Kashmir since the saffron party ascended to power in May 2014.

After taking review of the prevailing security situation in Jammu and Kashmir, preparedness for the upcoming Amarnath pilgrimage and issues faced by border residents because of India-Pakistan skirmishes at the Line of Control (LoC), working boundary and international border, Mr Singh concluded his visit in Jammu on Friday.

He also explored a possibility if the NICO (Non Initiation of Combat Operations) against militants could be extended beyond Ramzan.

With the advent of cable network, satellite television, and invasion of the Internet and modern communication tools available to mankind, one would have hoped clarity to be the currency and ambiguity a thing of the past in the 21st century.

Sadly, not to be when it comes to Delhi’s Kashmir policy!

On 16 May, Mr Singh announced New Delhi’s unilateral decision to put a halt to anti-militancy operations in Kashmir during the month of fasting. A few days after, he also expressed Delhi’s willingness to talk to Pakistan and the Hurriyat.

How did this apparent change in otherwise Delhi’s muscular Kashmir policy come about? Is it really a change of heart or strategic retreat with the aim to help the People’s Democratic Party (PDP) reclaim some of the political space that the party has lost ever since it stitched an unholy alliance with the BJP in March 2015?

According to the Srinagar-based Mirwaiz Umar Farooq “all conspiracies hatched by India on political, economic and legal fronts like the design to construct the Israeli-style occupational separate colonies, with the aim to weaken a Kashmiri and his stiff resistance to India have failed to deter his resolve.”

How did this apparent change in otherwise Delhi’s muscular Kashmir policy come about?

Mirwaiz Umar, an important leader of Kashmir’s Joint Resistance Leadership (JRL) and chairman of a moderate faction of the Hurriyat, while addressing a mammoth gathering on Friday (8 June) said: “The U-turn made by India is only because of the sacrifices offered by Kashmiri youths and the steadfastness exhibited by the people of Kashmir. Sacrifice and steadfastness compelled even a party like the BJP to offer talks to Kashmiris. This is your success. This is the success of a youth of Kashmir. Now India says we will talk. But is it a change in policy or is it a change in circumstances? Have they become so soft all of a sudden that they are saying we will talk to Pakistan and Kashmiris?”

He further said that India’s aggressive and militaristic policies could not bring any changes on the ground, but instead “the people’s sentiment for Azadi got cemented”.

On her part, Chief Minister of Jammu and Kashmir Mehbooba Mufti accused Kashmiri militants of “trying to sabotage the ceasefire (NICO)”.

In a recent rally in Srinagar, she also made it known to the Hurriyat leadership that “dialogue offer is a rare opportunity” which they should grab to save Jammu and Kashmir from further “bloodshed”.

Keeping in view the public statements made by Mr Singh and Ms Mufti one gets a feeling that as if ‘Hurriyat is anti-peace and anti-dialogue’ and that ‘Pakistan is a hurdle’ with regards to any forward movement on Kashmir.

Is it a fair assessment? Or, the problem lies somewhere else?

Lt. Gen (retired) Hooda even said on record that “we are losing a battle for a narrative in Kashmir”.

The feeling in the Indian Army is that of fatigue because killing militants or civilian protesters has proved to be a “zero-sum game” even by the assessment of a recently leaked government report.

Indian Army’s worry is that it is becoming a “law-and-order enforcing agency” rather than a force that should, from a military point of view, be battle-ready, battle-hardened and preparing long-term strategies for India.

In many ways Kashmir has consumed Indian Army.

Moreover, Government of India under Prime Minister Narendra Modi’s leadership since May 2014 has been pursuing a belligerent, muscular and militaristic policy on Kashmir.

The feeling in the Indian Army is that of fatigue because killing militants or civilian protesters has proved to be a “zero-sum game” even by the assessment of a recently leaked government report.

New Delhi’s rigid Kashmir policy which has continued for over four years now has resulted in about a 1,000 killings, which include over 300 civilian killings.

Since January 2016, government forces stationed in Kashmir have killed at least 715 persons, including 237 civilians, in various anti-militancy operations and other law-and-order situations.

At present, the anger against the state and also against the PDP-BJP coalition government is at its peak.

That is precisely why barring noticeable exceptions, most Members of J&K Legislative Assembly (MLAs) of both the ruling PDP as well as the opposition National Conference (NC) have not been able to visit their respective constituencies in post-Burhan era.

After the 2014 Assembly Elections when the PDP finally decided to form a partnership with the BJP in early 2015, the political space for regional pro-India parties inside the Kashmir Valley has significantly shrunk.

The anger against civilian killings, cordon-and-search operations, daily harassment, a spree of arrests of the youth during nocturnal raids, and slapping of Public Safety Acts (PSAs) against political dissidents and activists and other human rights abuses is so bitter that it is difficult for Delhi to get away so easily without taking many visible, concrete, significant and robust Kashmir-centric confidence-building measures (CBMs) to make a fresh beginning.

In Kashmir, no one is naïve not to understand why a belligerent Mr Modi boasting about his 56-inch chest and tough talk on Kashmir and also Pakistan would suddenly have a change of heart to slowly veer from the path of confrontation to that of reconciliation.

The Modi-led government after completing four years in power is in the election mood. Modi’s anti-Pakistan and anti-Kashmir policies have achieved very little on the ground in terms of tangible results.

Also, there has been massive migration of civilian population in the villages close to the LoC and working boundary (BJP’s core constituency in terms of vote bank politics in Jammu) because of several violations of the November 2003 ceasefire by the rival countries.

Mr Modi’s much publicised ‘surgical strike’, claims of isolating Pakistan at the diplomatic front and cracking down hard on resistance leadership in Kashmir have actually not yielded the kind of results that the BJP may have expected.

On Kashmir’s turf, the anti-militancy operations have resulted in an unprecedented spike in local militant recruitment. Over 80 youth have joined the ranks of militancy since January alone.

In a situation where the militancy has not ended and instead witnessed a rise, the space for pro-India politics in Kashmir has further shrunk and Pakistan too has ‘not been bullied by Mr Modi’s chest-thumping and the so-called Doval’s Doctrine’, what will the BJP sell to its voters in mainland India come the 2019 Lok Sabha elections?

The ‘surgical strike’ has lost its sheen. Demonetisation proved an economic disaster. With farmers’ suicide in Madhya Pradesh and other BJP-ruled states on ascendancy, ‘Vikas’ continues to be conspicuous by his absence.

And, as an add-on, the muscular Kashmir policy has ended up in polarising Kashmir and Jammu on both regional and religious lines and cementing the pro-Azadi sentiment in the Kashmir Valley, Pir Panjal and the Chenab Valley.

Is Mr. Modi now trying to repackage himself as a peacenik and sell peace instead of war? If the apparent ‘peace overtures’ fail too, will he revert to his Hindutva avatar?

As far as the deep-rooted aspirations for right to self determination, resolution of Kashmir dispute and desire to alter the status quo in Kashmir are concerned, the sense on the ground is that even the Hurriyat will feel sidelined if the amalgam will have nothing to sell to the people of Kashmir.

“For four continuous years the PDP-BJP government used its full might against us and the people of Kashmir. The government used brute force to quell civilian and student protests, fired bullets and pellets on processions and funerals, tried to silence the Hurriyat leadership through NIA and IT raids, prison terms, choking of space etc. When everything has failed to deter people from demanding their political rights, the PDP wants us to become party ambassadors to sell its peace initiative to help PDP politicians to go back to their constituencies again,” a senior resistance leader told this writer.

As far as the deep-rooted aspirations for right to self determination, resolution of Kashmir dispute and desire to alter the status quo in Kashmir are concerned, the sense on the ground is that even the Hurriyat will feel sidelined if the amalgam will have nothing to sell to the people of Kashmir

The impression is that the Hurriyat leadership will either talk directly to Narendra Modi or to Rajnath Singh, and not to Dineshwar Sharma.

Be that as it may, without releasing key Kashmiri political prisoners languishing in various jails in and outside Kashmir, withdrawing cases against the protesting youth, coming forward with a concrete, unambiguous and unconditional dialogue offer to the Hurriyat, accepting Pakistan as one of the key stakeholders vis-à-vis Kashmir, and punishing those armed officers and personnel found guilty of violating human rights of Kashmiris, the offer of dialogue made by Delhi in its current form will not find many takers on Kashmir’s turf with or without back channel parleys, Track-II initiatives, spin doctoring and other manoeuvres.

That is the sense that one gets from the ground zero.

An abridged version of this piece first appeared in The Citizen