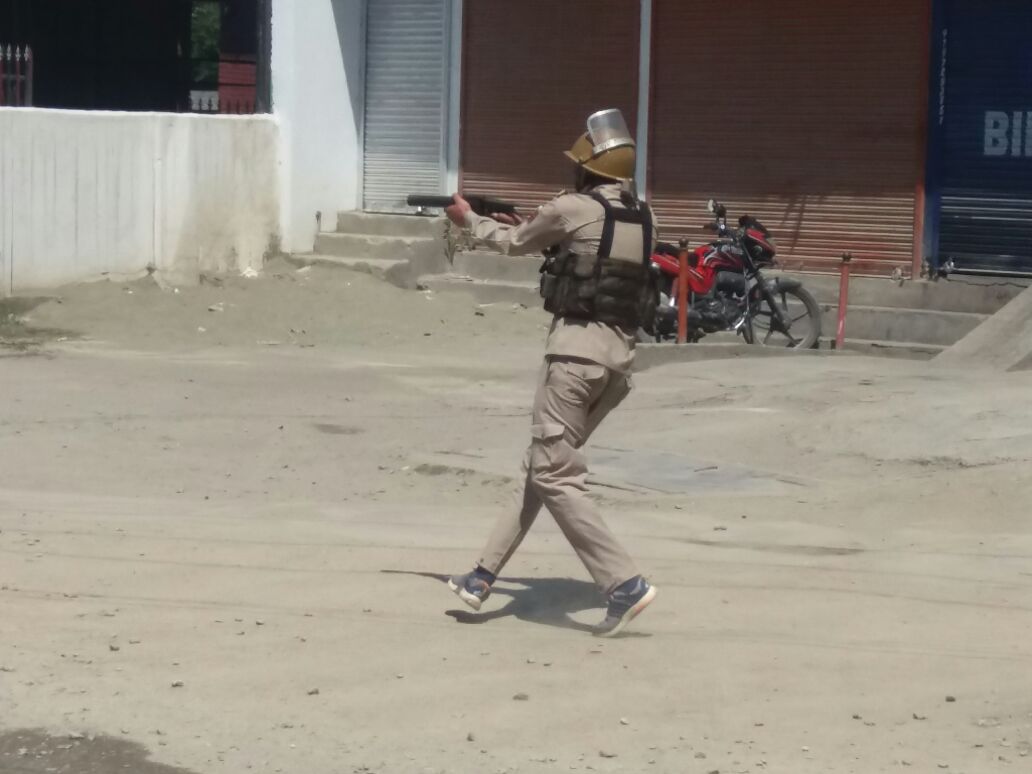 Eye witnesses said that hundreds of people participated in the funeral prayers of Qaiser at his residence at Fateh Kadel.

As soon as the people tried to march towards Eid-Gah, police and the CRPF personas resort to heavy tear gas shelling.

Qaiser was killed after a CRPF vehicle ran over him during the protests at Nowhatta area of Srinagar on Friday.