Srinagar: As astounding as it may sound, the fact is that Jammu and Kashmir’s tourism department has spent a whopping one Crore seventy thousand  (10.07 million) for a five-minute promotional video to attract tourists to the restive Kashmir Valley.

“An amount of 1.07 Crore (INR) has been incurred on account of the production of the TVC “warmest place on earth” through the official advertising agency M/s Hindustan Thompson Associates as per the lowest financial quotes,” reveals a tourism department’s document a copy of which is in the possession of The Kashmir Press.

In May 2017, exactly a year ago, a short video featuring a tourist couple and a Kashmiri elderly man titled “warmest place on earth” was released by the department of tourism with the stated aim to “attract tourists from the Indian mainland”.

The video went viral on social media space while the tourism department also promoted it on its official Twitter handle and Facebook page. According to the document, the Gurgaon-based M/s Hindustan Thompson Associates company assigned the shooting of the TVC to a Mumbai-based production house M/s Chrome Pictures after quoting ‘lowest quotes’ for the purpose.

In its reply to the tender and advert for producing the film, the Tourism department said that it engaged M/s Hindustan Thompson Associates as the official advertising agency of Jammu and Kashmir Tourism after tendering procedure.

The department further said that the official advertising agency was asked to submit financial quotes of three different production houses as per the conditions laid in memorandum of understanding between the agency and the tourism department. 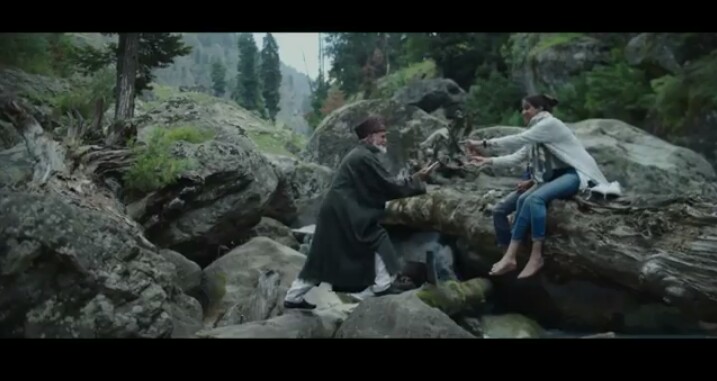 In May 2017, a short video featuring a newly-wed tourist couple and a Kashmiri elderly man titled “warmest place on earth” was released by J&K Tourism Department. The video promotes hospitality of Kashmiris.

It begins with a tourist receiving a phone call from someone who explains to him the details of the cab and cab driver.  However, tourists mistake an elderly man standing beside his van as their cab driver. On being asked whether he was Mir Sahab from Sheikh Travels, the old Kashmiri man replies in affirmative with a smile on his face as a gesture of humility. 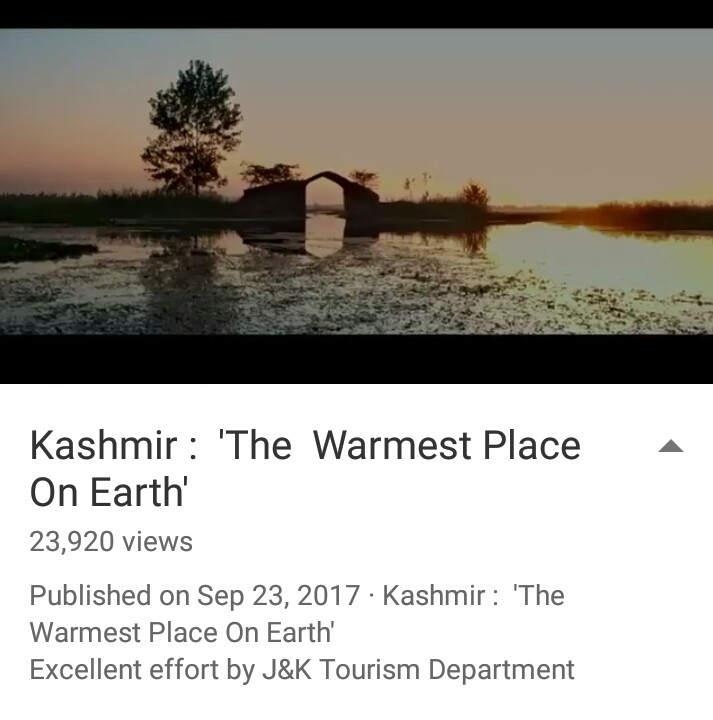 Not only does the white bearded man donning Kashmiri Pheran ( a traditional woollen cloak used in winters) shows them around in his car, he gels well with the visiting young couple. He also clicks their pictures despite receiving multiple calls from his better-half with constant reminders to get grocery for the family.

Later, as the day progresses, the tourist couple receives a call from the real driver. On realizing that the person who had been accompanying them was not their real driver, the tourists ask the elderly man who he was and why he accompanied them. The man says that he had gone to buy sugar but on seeing them, he thought about showing the visiting couple around. He refers to them as ‘friends’ and tells them he wanted to demonstrate to them what Kashmir was like!

One Response to "Exclusive: Tourism department spends over 1.07 crore rupees for a 5-minute promotional video"