Scores of cab drivers of the Pakherpora area of central Kashmir’s Budgam district accuse government forces of “puncturing” and “cutting” the tyres of their vehicles without any provocation.

The cab drivers, while talking to The Kashmir Press, alleged that during the night, soldiers of the 33 Rishtriya Rifles and Central Reserve Police Force (CRPF) punctured tyres of the vehicles parked at the main cab stand in Pakherpora.

“The army is doing this for the past few weeks. They are cutting and puncturing the tyres of commercial and private vehicles without any provocation,” they added

While narrating the whole ordeal, a local said, “It happens many time that the forces detain our vehicles for no reasons and leave the passengers in a lurch.”The reality is that since last month, right after Friday prayers, small kids pelted stones on the forces at Khaigam-one kilometer away from Pakherpora.

“The exchange of stones takes place every Friday,” he said, adding, “As the forces chase the pelters, they board vehicles and flee from the spot,” he added.

The local further said that there was a heavy rush of vehicles on the road because it is also a tourist resort for local people.

“Whenever forces chase the boys, they easily get into vehicles, board and flee,” local added.

“This has so enraged the government forces that they in turn puncture the tyres of the vehicles in order to keep them off the roads, and so they can chase the boys more easily and trap them,” locals said.

Another local man said that over the past week, the forces punctured the tyres of 37 vehicles that were parked in the stand and on the road sides.

He added that during the intervening nights of Sunday and Monday, the forces punctured and cut tyres of as many as 17 commercial and passenger vehicles as well.

“It is not easy to buy tyres for a Sumo. It costs 5000 to buy just one, and when they damage all of them in one go, isn’t this highhandedness?”  he wondered.

A cab driver, wishing not to be named, added, “I run my family and all other affairs while on the job, and when forces damage my vehicle, what will my family eat? And how will I manage the rest of my affairs out of my home?

“My parents are ailing, and their only hope is that I will leave for work and will earn enough money for their medicines. But when my vehicle is detained at one place, what I can do,” he said, adding, “They will simply die of their diseases”. 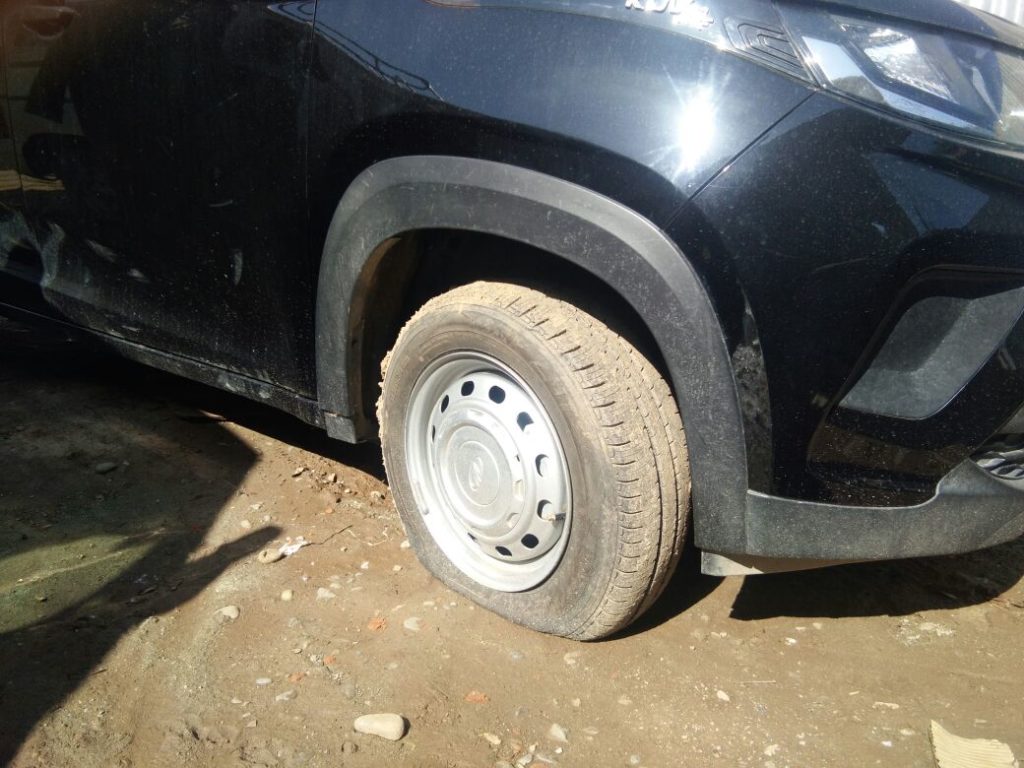 “We demand an enquiry and that this “highhandedness” of the government forces be stopped immediately, else we will have no option other than to take up arms,” the locals threatened.

Police officials confirmed the incident and termed it “highhanded” and “unfortunate.”

“People have brought this issue to our notice and we are investigating the case,” he said.

However, defense spokesman Rajesh Kalia has denied the allegations.

“Our men are not involved in this case,” he said.