I have a bright career, but I will opt for freedom: professors last words 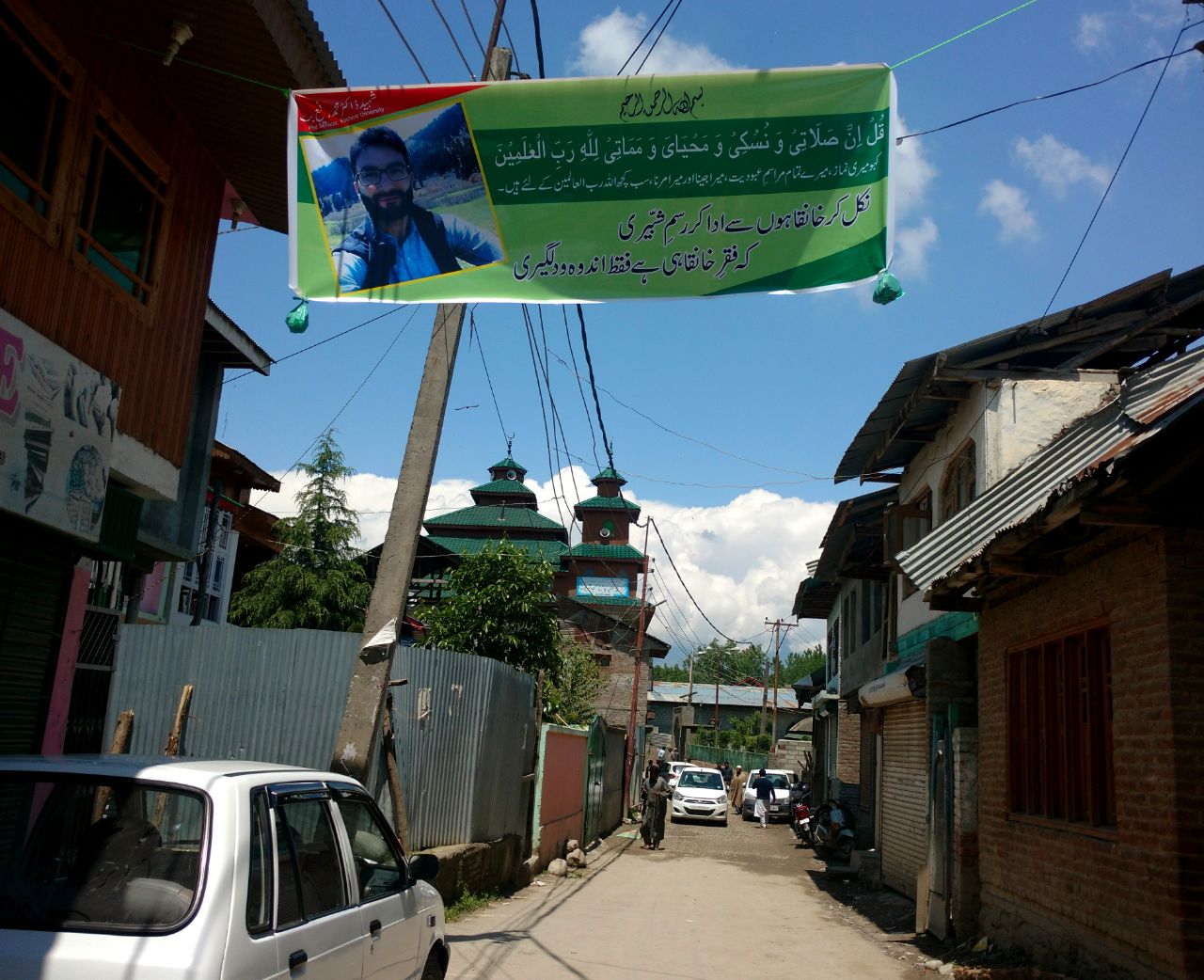 The sky was azure and the clouds have dissipated beyond the mountains surrounding this sleepy village, Chundana, in central Kashmir’s Ganderbal district.

There was an uneasy silence as one moved through the bumpy roads to reach the village- the hometown of the slain Kashmir University professor Dr Raafi Bhat who was killed along with his four accomplices in Shopian gun battle on Sunday.

There was no commotion on the roads even.

Outside the home of the professor, a large number of people have assembled. The banners hung over head read;

“Say indeed my prayers, my rights of sacrifice, my living and dying are for the Allah, Lord of the world”.

Suddenly, the slogans from the loudspeakers pierced through the stony silence. A large number of youth, some of them angry, raised pro-freedom and anti-India slogans.

Inside the courtyard of the house, the family of the slain professor have erected the Shamayana  . A large number of people from across the valley, mostly comprising of the youth, visited the house and sat inside the Shamyana to express solidarity with the family. 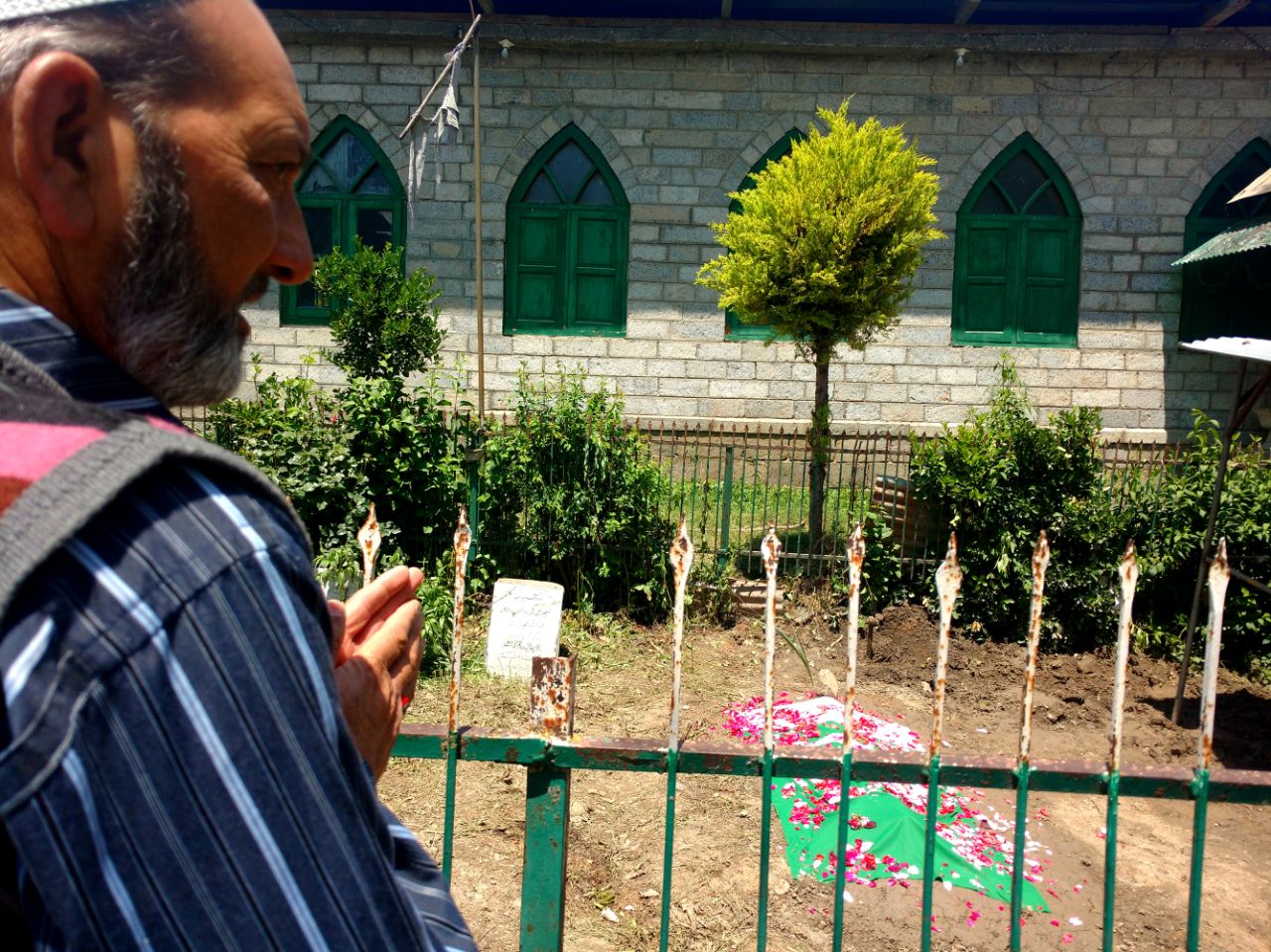 “His grave has attained a status of Shrine”

When this reporter sat inside the shamyana, another large group of youth from Shopian also dropped. They expressed solidarity with the family and recited Quranic verses to praise the ‘martyrs’.

At that very moment, a young boy from Shopian stood-up and said the professor had kept a trust (amanat) with them.

“Before he attained martyrdom, he told us why he picked up the gun,” the boy said, repeatedly asking the people sitting around to switch off their mobiles and asking the media men not to cover this very topic.

“Those words which he spoke to us at the last moment remain a trust (amanat) with us. It is our duty that we should reveal it to the parents and the people sitting here”.

“Few hours before he attained martyrdom, the shaheed told us that he wants to revive the freedom movement in Ganderbal. He said the freedom movement as if does not exist in the shaheeds native area. He said he wanted to take the lead as there was nobody who would take the initiative.  That was the reason he became a Mujahid. He also said I have bright future but I would not opt for it since freedom  above everything else,” the boy said quoting the slain academic.

A large number of mourners including the students of Kashmir university too arrived to sympathise with the bereaved family. So did other youngsters from the area.

The family remained tight-lipped and did not speak to the media. Their point was that the media never showed the truth existing on the ground.

Ghulam Ahmad (name changed), cousin of the slain professor told the Kashmir Press that the family received the call from the Dr Raafi at 5 am Sunday.

“I am trapped in cordon,” Ahmad quoted Raafi telling his father on phone. “If i have committed any mistake, please forgive me. The time has come. I have to meet Allah”.

“When did you became a Mujahid? When,” replied the distraught father to his son.

Ahmed said, afterwards, Dr Raafi handed over his phone to his another accomplice, and did not talk.

“We were taken to Shopian at around 8 am to persuade Raafi to make a surrender,” he said. “But he was already martyred when we reached there”.

Raafi was a brilliant scholar who earned his PHD in sociology last November. He worked as assistant professor in the Kashmir university from past two years.

Raafi belonged to a well to do family who own around 120 kanals of land, another relative said.

“He was a kind-hearted man,” the relative said. “They had everything, but he still chose the path of martyrdom. He left a wife who is just 25”.

Outside his home, the people were visiting his grave covered in white and green flag. 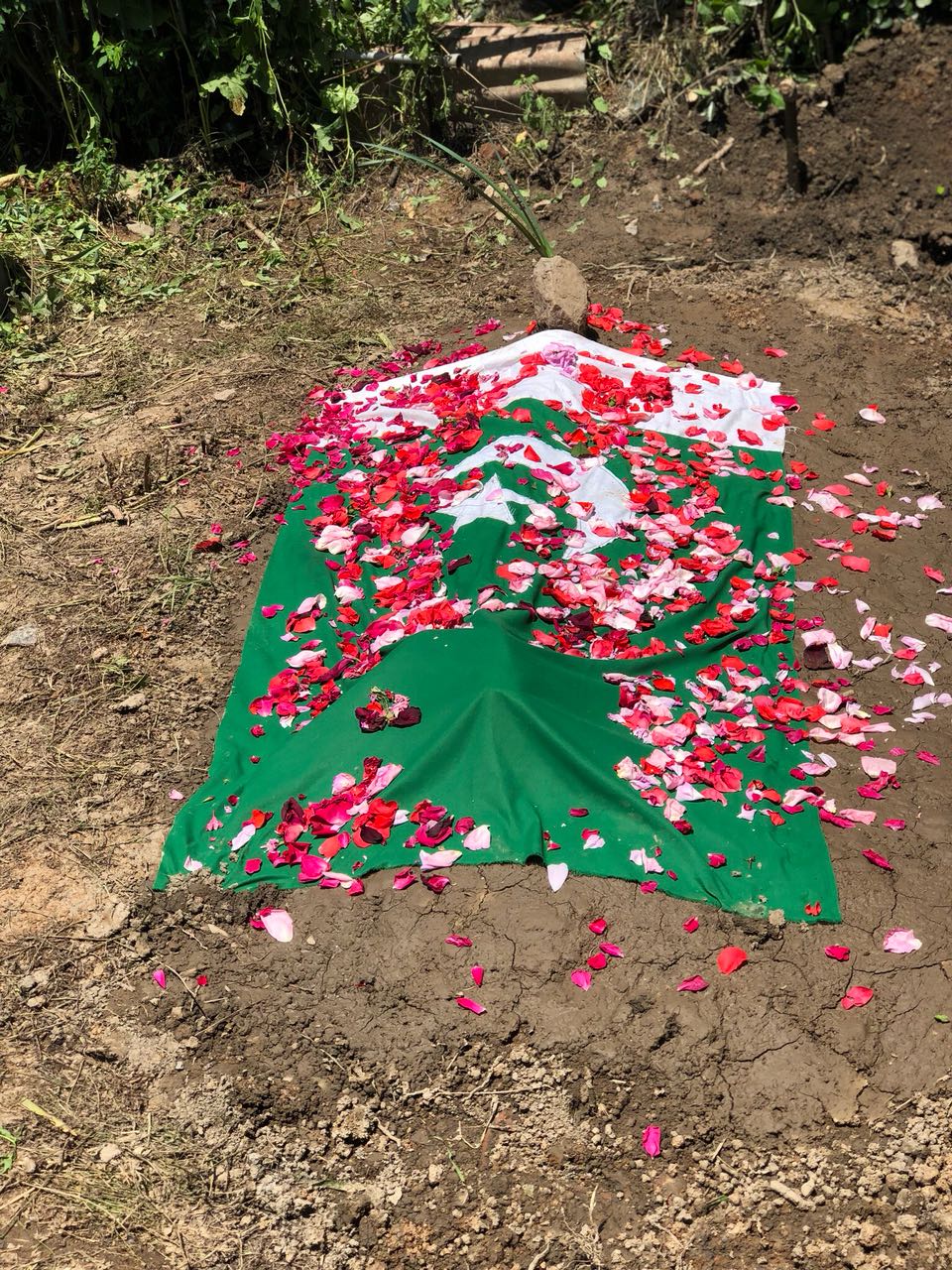 “It has become a sort of shrine,” Ghulam Hassan, an elderly person said. “People from all the places come, offer tributes and fateha and leave. It has attained a status of strong memory now”.

A student from sociology department, who attended the class of Dr Raafi before he left on Friday to join the militancy, told the Kashmir press, “His last words were; study well and work hard”.