Bharat Jodo Yatra has largely succeeded to fight the narrative of hatred in country: Rahul Gandhi 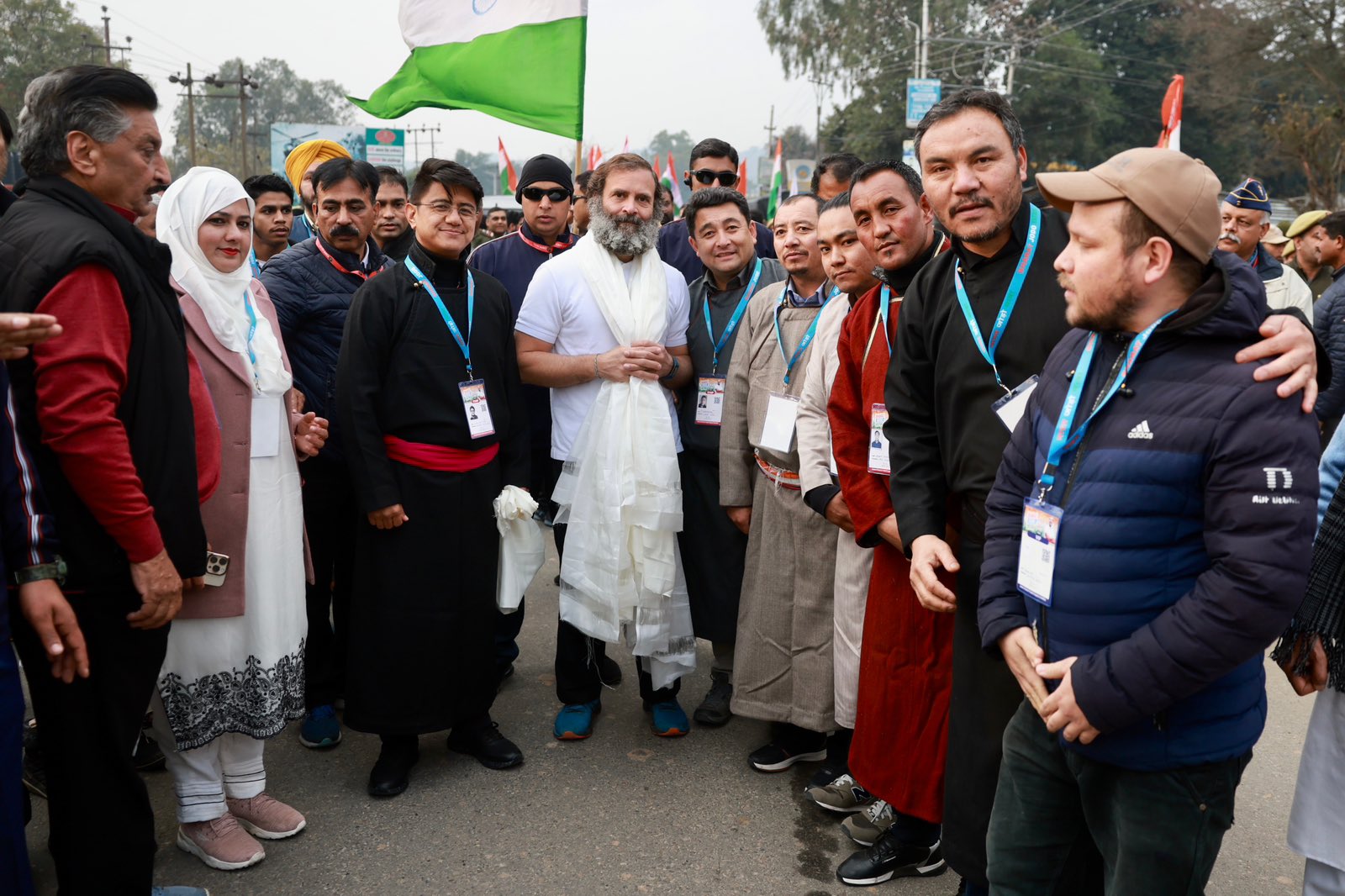 Jammu, Jan 24: Congress leader and Member Parliament Rahul Gandhi Tuesday said that Bharat Jodo Yatra (BJY) has largely succeeded to fight against the narrative of hatred spread across the country and bring the folks together yet again.

“Let me tell you that we have been able to bring the people across the country together yet again through BJY. There were a lot of lessons for us in the Yatra and we have learnt a lot after meeting people of various shades during our journey,” Rahul said addressing a press conference in Jammu.

He said that there is no scope for hatred in the country as Congress believes in spreading the message of love. “Our endeavour is to open the shops of love across J&K that has been made a scapegoat of politics,” Rahul said. “Through BJY we have largely been able to fight the disastrous narrative of hatred spread by the BJP in the country.”

He said that primary focus of Congress is to get Statehood and Assembly restored in J&K.

Asked if BJY was apolitical, why he was continuously targeting BJP, Rahul said that since Congress is the grand old political party, there will surely be a bit of politics in his speeches during the Yatra. “When KPs, farmers and unemployed youth would meet me during the Yatra and hope that I will definitely rake up their issues, there would obviously be a problem for me if I don’t talk about them,” the Congress leader said. He said there was not even a tinge of hatred for anybody including PM Narendera Modi. “I am not afraid of anybody so why should I have hatred for anyone,” he asid.

He said J&K youth are suffering from depression and discomfort. “We are here to listen to them and understand their issue,” he said, adding that media too has been suppressed to an extent as if Yatra is not happening at all.

To a query about Lal Singh, Rahul said that Singh supported Yatra and Congress appreciates that. “As far as Ghulam Nabi Azad, 90 per cent of his supporters and party men were on our stage. I would like to tender my apology if we have hurt Azad or Lal Singh,” Rahul said. On there are reports that crores are being spent for his BJY, Rahul said that to tarnish his image, BJP and RSS spent thousands of crores and yet didn’t succeed. “I want to tell BJP that money can’t burry the truth which has a nasty habit of coming out. BJP has started to understand this reality gradually,” he said. Pertinently, Rahul led BJY will enter Srinagar on January 30. kno