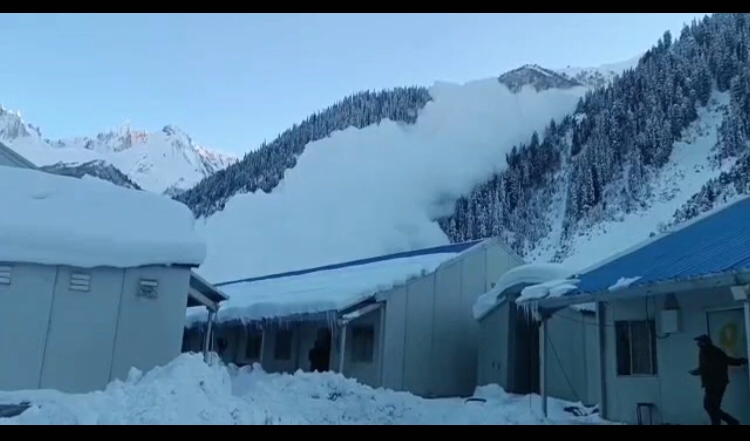 Srinager, Jan 22: An avalanche hit a village in Gurez sector of northern Kashmir’s Bandipora district on Sunday, however there was no loss of life or damage to property.

An official said  that the avalanche hit Hussangam village of Gurez but there was no damage. However teams from the administration have reached the spot to assess the situation, he said.

An avalanche warning has been issued for 12 districts including Bandipora after moderate to heavy snowfall a day before. kns