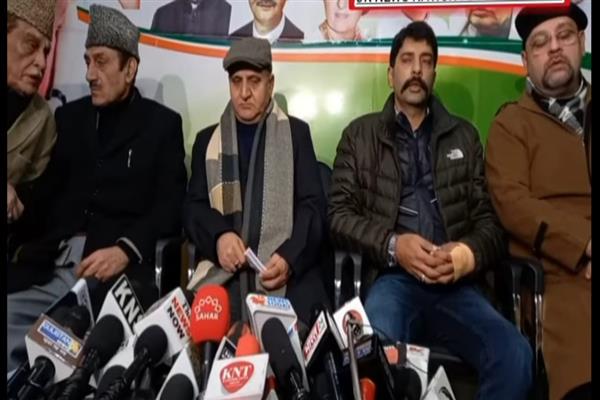 According to a statement, Former Dy.Chief Minister who flew to Srinagar to participate in the rejoining functioning at Srinagar Party Office welcomed the Former Congress Office bearers and other leaders into the Party while hailing their decision of home coming.

They expressed great satisfaction over rejoining Congress while accepting their previous decision of rejoining DAP a step taken in haste.

We have rectified our mistake of defecting Congress three month’s back, they added and vowed to strengthen Congress Party further in Srinagar district and also contribute in other districts by way of garnering people support to Congress Party, which has also served people to the best of its ability, they said.