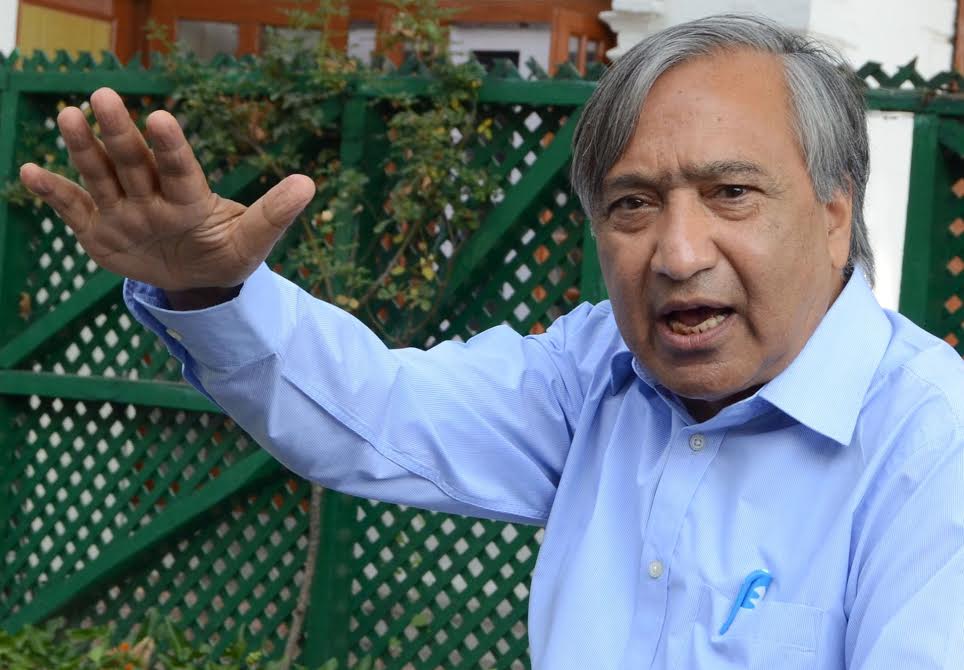 Jammu Jan 16: CPI(M) leader Mohamad Yousuf Tarigami has voiced deep concern over the ‘government’s move of divesting the people of the land registered under various titles in revenue records across Jammu and Kashmir.’

“The administration is totally blind towards the destruction of the livelihood of the rural poor. Is this beginning of the process of “Acche din”? The administration is conducting false propaganda that the land is being acquired for development purposes but the facts are contrary to its claims”, Tarigami in a statement issued said.

“It is rather unfortunate that the government has mobilized all its machinery to dispossess the poor and excluded of the land registered as Kahchairi, Shamilat and so on. The people who are living off this land have found themselves in a bind after the government’s recent order.”

“In the name of retrieving the “state land”, the government is making desperate attempts to pauperize the people by snatching their land and creating private land banks. The move is not only bound to render thousands of people roofless, but also divest many of cultivation rights”, he remarked.

“After the BJP led Central dispensation ended the special constitutional status of Jammu and Kashmir, the government introduced a new set of land laws to prod outsiders into investing in the region which had ticked up the fears among the people about losing their land to the non-locals. And now their fears are coming true with the new directions from the government, compelling a battery o revenue officials to retrieve the ‘state land’ by January 31.”

“The government in order to digress attention from the pressing issues like unemployment have started retrieving the land of poor. The non-BJP political parties must come together to fight against the move”, he said.

“CPI(M) appeals all shades of public opinion to unitedly raise the voice against such disastrous moves of the administration”, Tarigami said further.