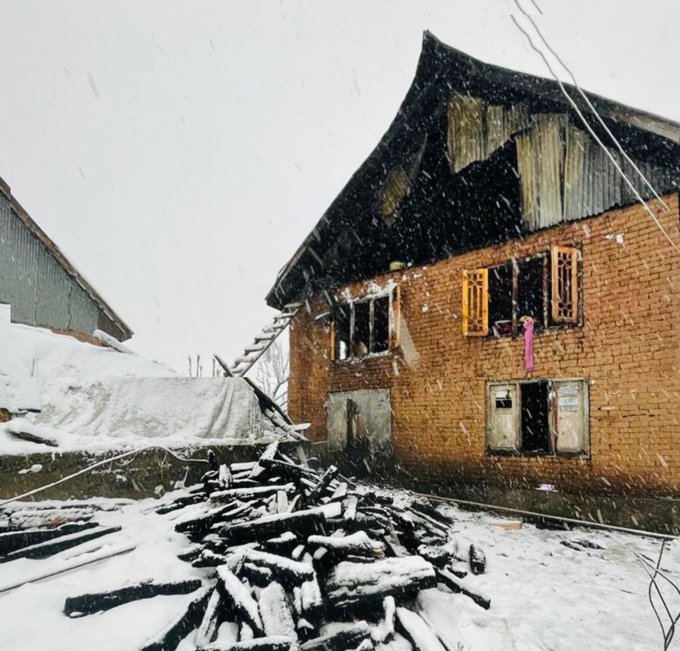 Kulgam, Jan 13: A tragedy struck a family in Gujjar Basti Avil Manzgam area of Damhal Hanjipora in south Kashmir’s Kulgam on Friday after an elderly man died on Friday while his residential house gutted in a fire incident a few hours after his death.

The deceased has been identified as Mohammad Ashraf Khatana son of Ali Mohd Khatan, a resident of Gujjar Basti Avil Manzgam.

Rouf said immediate relief was given to the family and he himself visited the spot along with other officials.

“As per SDRF norms we will forward the case within the shortest period of time so that family get compensation”, he said.

He said locals played an important role in the dousing of flames and controlling fire, he said.

Asked about the cause of the fire, he said it happened probably due to a short circuit.

Meanwhile, Kulgam police in a tweet said: “Kulgam police received an information that fire broken out in the residential house at Manzgam, it was tough to reach there due to snowfall, SHO Manzgam under the close supervision of SSP Kulgam led all its efforts to recused the families & Control fire”.  kno