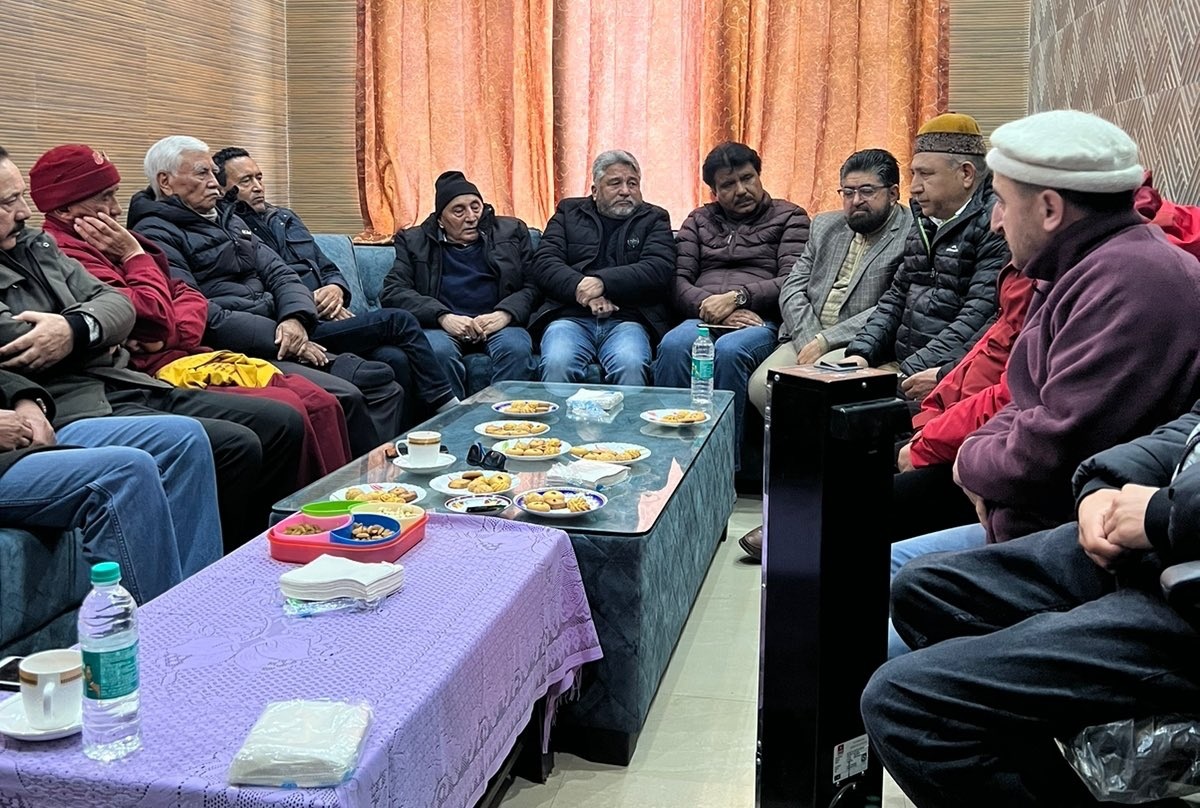 Srinagar, Jan 12: Days after the Apex Body of Ladakh and Kargil Democratic Alliance refused to be part of the high-powered committee constituted by the Government of India, Chering Dorjay, leader of the Apex Body of Leh and senior vice president of Ladakh Buddhist Association has said that ‘being part of Kashmir’ was better for the people of Ladakh.

He said they were better off in the erstwhile state of Jammu and Kashmir than under the Union Territory administration.

The Apex Body of Ladakh and Kargil Democratic Alliance has been demanding statehood, protection of land, jobs and their identity. To resolve the issue, Ministry of Home Affairs has constituted a high-powered committee headed by Minister of State for Home Affairs Nityanand Rai. Lt Governor of Ladakh, MP Ladakh, a senior home ministry official and nine representatives of Apex Body of Leh and Kargil Democratic Alliance are members of the Committee.

The Apex Body has said that it doesn’t know under what schedule and law, the Central Government will meet their demands.

“Given the present scenario, we feel the earlier arrangement of being part of J&K was better,” said Chering Dorjay.

Dorjay alleged that the centre is trying to make a fool of Ladakhi people after forming the high powered committee but refuses to accept their demand of statehood and 6th schedule for Ladakh.

“They are trying to make fool of us. We understand that the centre is against our demand for statehood and 6th schedule,” said Mr Dorjay.

Reacting to the development, Communist Party of India (Marxist), Muhammad Yousuf Tarigami said that: “Finally it has dawned on the people of Ladakh that they were better off in Jammu and Kashmir. The decision taken on August 5, 2019, was not only an assault on the distinct identity of all three regions but also a move to disempower the people. Hope the people of Jammu, Kashmir and Ladakh put up a united fight for the restoration of their legitimate rights.”

Former Jammu and Kashmir Chief Minister Mehbooba Mufti in a tweet said: “Relieved that people of Ladakh finally realize that their interests & identity can be saved only if they unite with J&K. They have finally called off GOIs bluff & disinterest in granting them statehood & protecting their resources.” knt