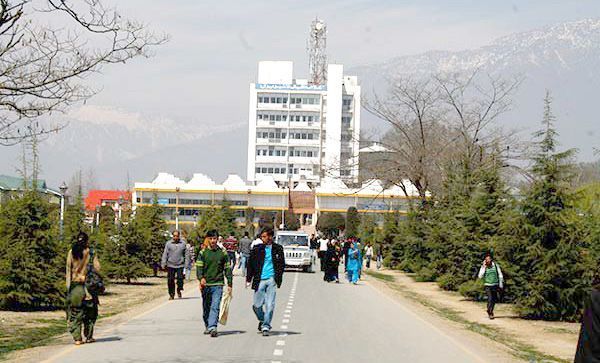 Srinagar, Jan 10: The Kashmir University (KU) authorities on Tuesday advertised several administrative positions including the post of Registrar and Director IT.

The advertisement comes days after it was reported that how temporary arrangement to these posts was promoting favouritism and monopoly.

“The appointment to the post of Registrar shall be tenure based for a period of three years and to other tenure posts for a period of five years,” as per the Brief Advertisement Notice No.1 of 2023 Dated 10/01/2023.

It also mentions the age of applicants should preferably be not more than 57 years for the post of Registrar and Librarian, while it will be 55 years for other posts.

The date for submission of online form and hard copy starts from January 16.

Notably, KNO has reported several times in the last seven months that the University authorities were allegedly promoting favouritism on important administrative positions by not putting these positions to proper advertizement.

The three year tenure of In-Charge Registrar Dr Nisar had ended last year in January 2022 and was awaiting proper advertisement since then. Academicians of the University had alleged that the Registrar was continuing without any formal orders on continuation.

The post of Director IT is being held for the last more than six years by one Scientist allegedly owing to his proximity with the administration. The In-Charge Director has not been rotated for six years, which is in total violation of the University’s own three year rotation policy for all HOD’s and Directors.

Meanwhile, the academicians of KU have welcomed the move to advertise these posts and demanded the process of recruitment be fast-tracked.

“We appreciate the VC for opposing the forces who were opposing the advertisement for the last six months,” said an academician wishing anonymity.

The academicians have, however, demanded the VC should immediately remove incumbent officials holding theses posts so that there is no favouritism in the recruitment process.