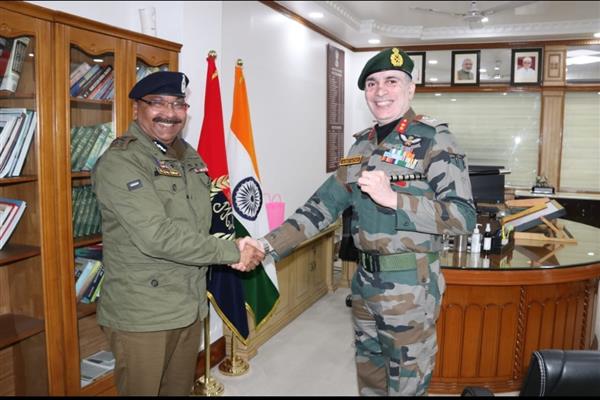 The DGP and the GOC discussed various important aspects pertaining to the prevailing security scenario of Jammu.

During their discussion, strengthening and augmenting of security measures in order to counter the new tactics of terrorists including dropping of arms ammunition and drugs being adopted by Pakistan were discussed.

The DGP lauded the synergy between different forces which he said has contributed immensely in foiling the ill intentions of Pakistan and the terrorists sent by it. He stressed for sharing of intelligence between the forces on a regular basis, and also stressed on enhancing the cooperation between the officers of the forces for better results.