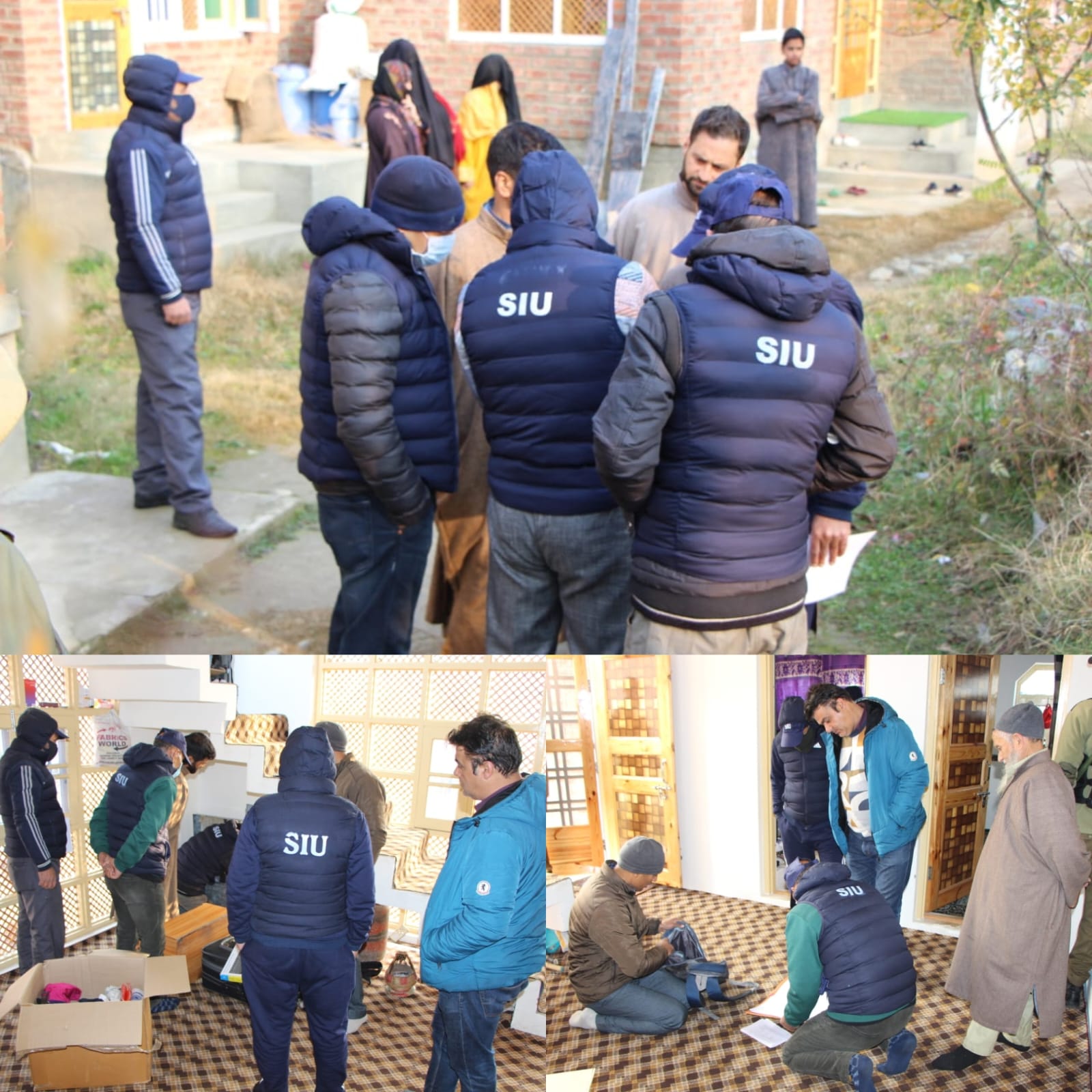 Srinagar, November : Special Investigation Unit of police on friday conducted multiple raids in connection with the case of Rajni Bala and others killing in South Kashmir’s Kulgam District.

The statement further stated that these raids are carried out to eliminate the militancy ecosystem in the district by identifying various Over Ground Workers and supporters of militancy.

These raids will continue in future also for the logical conclusion of all UAPA cases, reads the statement.