J&K experience to be mesmerizing for all G-20 delegates: CS 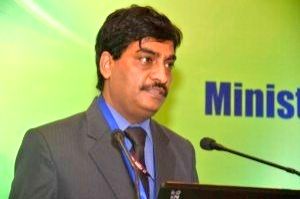 Jammu, Nov 18: Chief Secretary, Dr Arun Kumar Mehta Friday observed that J&K is going to be the best location for hosting the G-20 Summit events. He reflected that the visiting delegates would leave them with mesmerizing experiences which they would cherish for long.

Dr Mehta made these remarks while speaking during deliberations held with the delegation regarding conduct of its meetings here in the UT.

Dr Mehta revealed that J&K has breathtaking environment and the climate is also highly conducive  for holding such events. He mentioned that the infrastructure has also been upgraded to a large extent during the past few years and is up to mark for holding prestigious international events like that of G-20 Summit.

He further revealed that the situation here has improved a lot and it is worth noting that for the last one and a half year not a single strike has been observed in the UT. He said  that the crime rate in the UT is very low. He told them that the tourist flow to UT has been all time high this year witnessing a record footfall of 1.62 Crore tourists since January 2022, the highest in 75 years of Independence.

The Chief Secretary ensured the delegation that best possible arrangements would be put in place and the delegates would find an opportunity to watch the rich cultural diversity of J&K.

Pertinent to mention here that from December 1 this year, India will assume the G20 presidency for a year and chair over 200 meetings that aim to secure global economic growth and prosperity. Together, the G-20 countries represent more than 80% of the world’s GDP, 75% of international trade and 60% of the world’s population.