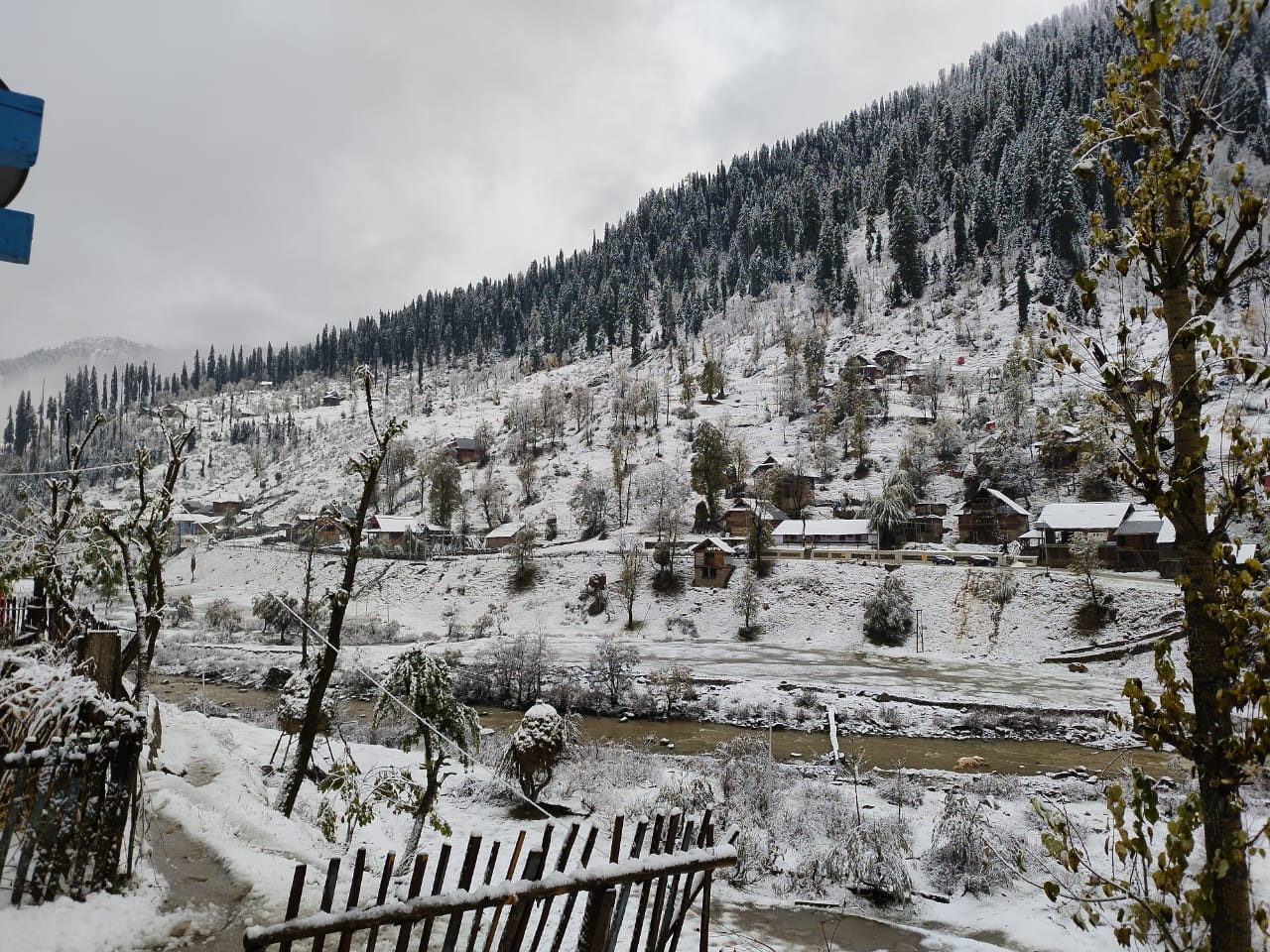 Sadhna Top has received 2 feet snowfall today while Machil in Kupwara received above 15 inches and Gurez one foot, reports said, adding that 8 inches snowfall was recorded at Gulmarg while two inches were recorded at Tangmarg.

Srinagar among several plains of Kashmir received light rainfall from last evening, which led to the drop in the temperature further.

Meanwhile, in wake of the inclement weather conditions, the authorities in Doda district ordered closure of all the educational institutions up to Class 8th today.

The majority of roads including Srinagar-Leh highway, Gurez-Bandipora Road, Mughal Road were closed for the traffic by the authorities after fresh snowfall.

Officials said that the Srinagar-Jammu highway was also closed for vehicular movement today after the shooting stones blocked the highway in Ramban, adding that the highway was later thrown open following the road clearance.

The other highways and roads, however, continued to remain closed for the vehicular movement.kno