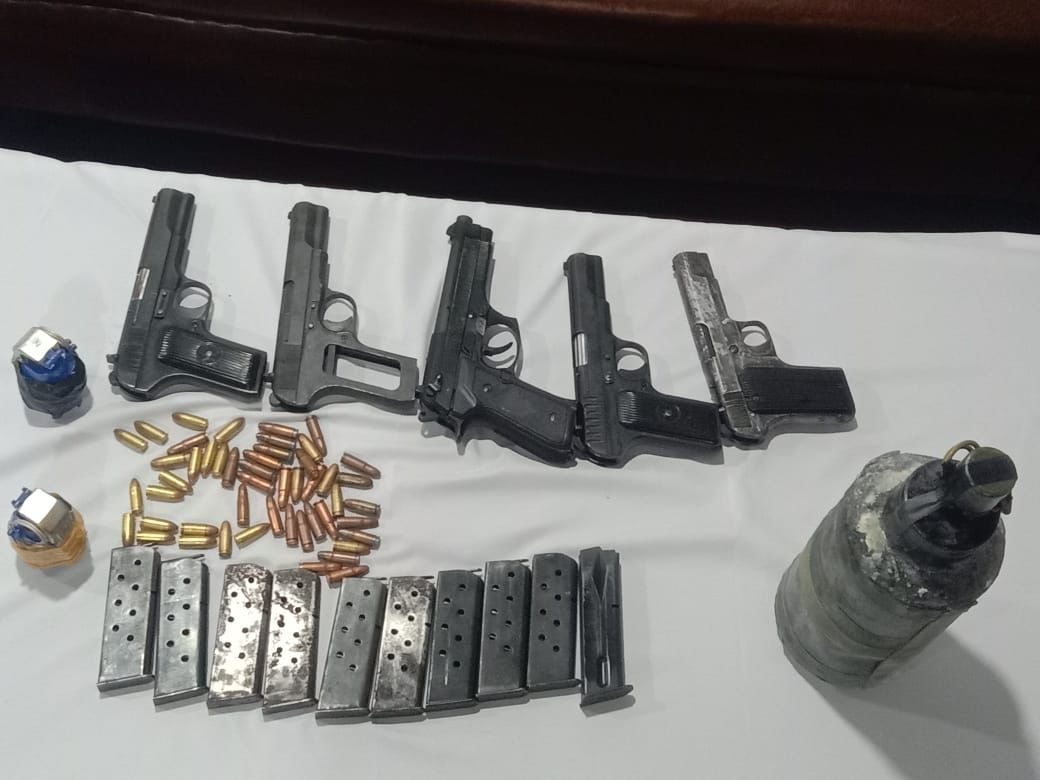 Police said that it along with Army’s 21 and 47 RR busted the “deep-rooted” militant funding and recruitment module following arrest an individual namely Bilal Ahmed Dar of Cheerkote area of Kupwara district.

“A joint operation was launched by the Army and Kupwara police to nab the individual from general area Nutnussa and Lolab localities of Kupwara. After thorough interrogation, the individual revealed that he along with five other people from different parts of North Kashmir were running a (militant) funding racket under the garb of a fake NGO called “Islahi Falahi Relief Trust” (IFRT) which claimed to provide monetary assistance to poor and needy families,” a police spokesperson said in a statement.

“ Another individual namely ‘Zubair Ahmed Dar’ from Cheerkote, who is Bilal’s cousin, was also actively involved in the module,” he said. The module, he claimed, was being coordinated by Pakistan based handlers to aid the operations of “Tehreek-e-ul Mujhahideen Jammu & Kashmir” (TuMJK) in north Kashmir. “The modus operandi of the group was to go to different villages and conduct events and gatherings under the garb of the NGO and would collect money by asking for charity and also scout for potential soft targets as recruits,” he said, adding, “The accounts in the NGO’s name were being used to launder money for the TuMJK.” The group, he said, was also responsible for “sticking Anti-national posters around the 15th of August and during the visit of the Union Home Minister of India to Baramullah.”

“Bilal specifically also admitted to hoisting a Pakistani flag inside Markazi Jamia Masjid Kupwara on the 14th of August on the instructions of his Pakistani handlers,” the police spokesperson said, adding, “The group was also actively collecting Explosive materials which is known to be used in IED’s.”

“Wahid Ahmed Bhatt alias ‘Tauheed’ was the mastermind behind the recruitment and (militant) funding module,” he said, adding, “A huge quantity of arms, ammunition, raw material to prepare IED and incriminating material has also been recovered from all the apprehended individuals.” Among recoveries, he said include five pistols, ten Magazines, 49 pistol rounds and two grenades besides one IED.