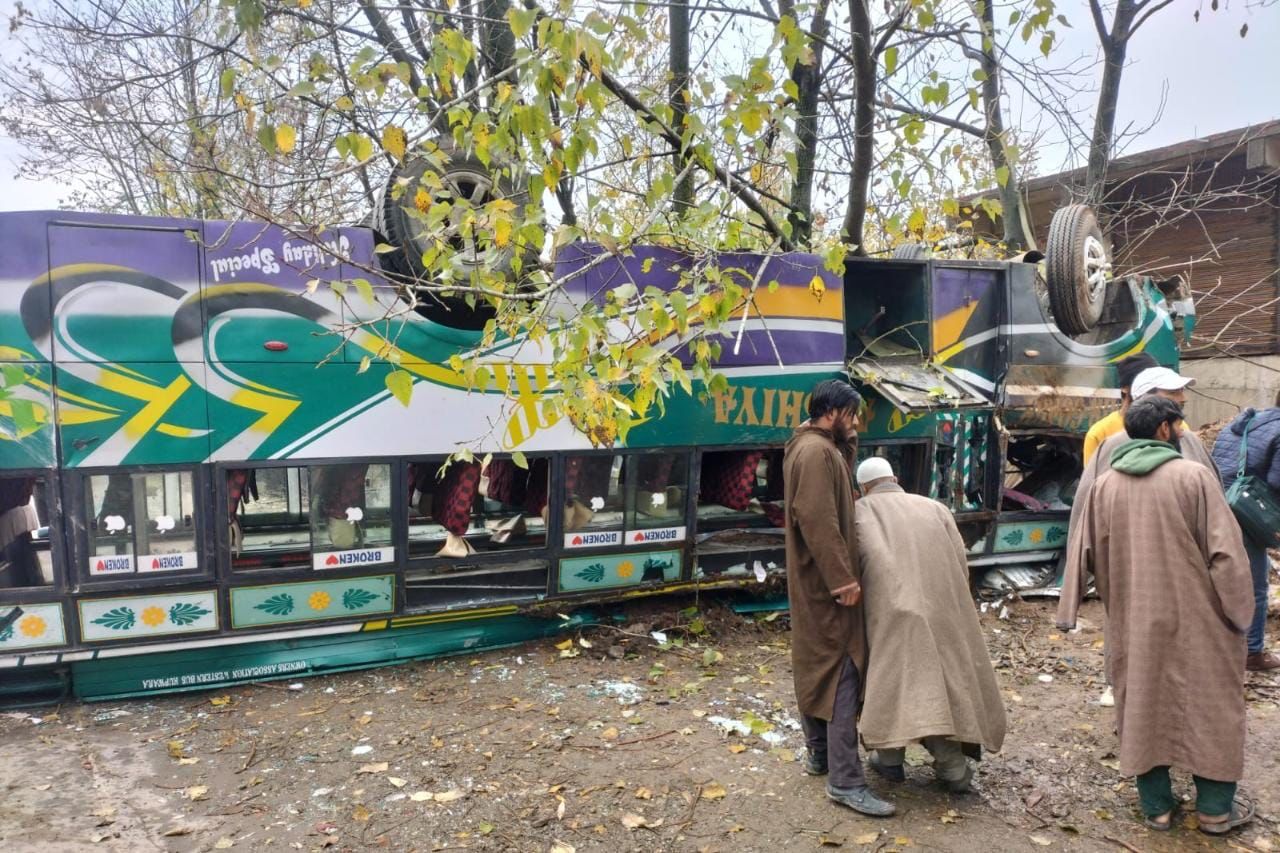 Srinagar, Nov 8: At least 28 persons suffered injuries after a passenger bus they were on board, met with an accident near Handwara of North Kashmir’s Kupwara district this morning, officials said.

They said that a bus bearing registration number JK09-1239, on way from Kupwara to Srinagar, met with an accident near Watayin area, resulting in injuries to some 28 passengers.

“The injured passengers were subsequently evacuated to District Hospital Handwara for treatment, from where five persons were referred to different hospitals for preferential treatment”, the official said.

Confirming the incident, a police official told GNS that a case has been registered in this regard.