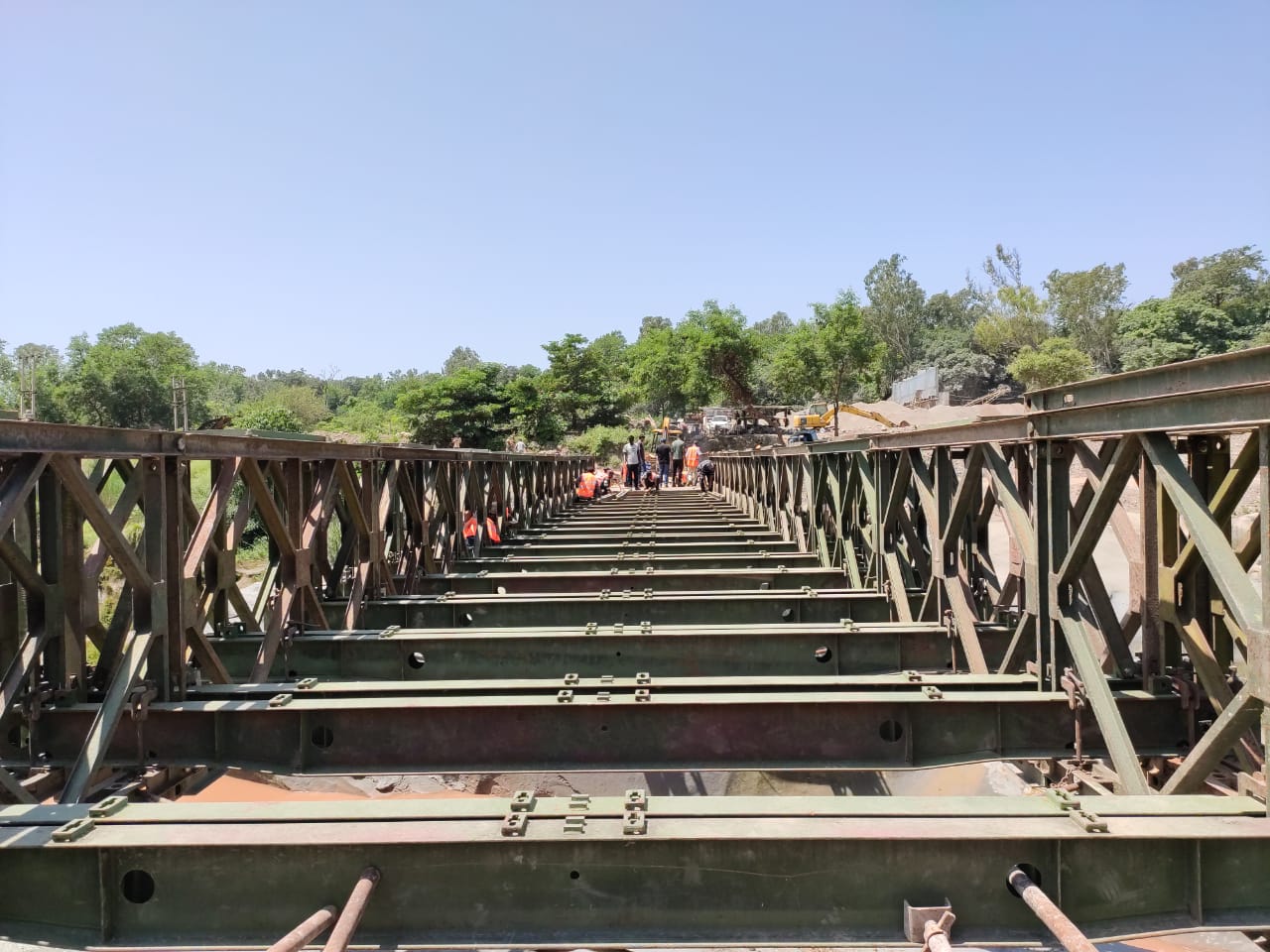 An official said that the project was approved by National Highway Authority of India this year for de-launching of the existing Bailey Suspension Bridge and launching of 240 ft CI-40R BSB .

He said the work on the project has been started by 52 RCC GREF and an expert team from GRSE, Kolkata Limited.

“Measures have been taken to launch the bridge before its prescribed time of completion which will provide much relief to the people,” officials said.

Meanwhile, deputy commissioner, Ramban, Mussarat said launching of panels will be followed by laying of wooden decking while GRSE Kolkata Team and 52 RCC (GREF) are on job.