Two labourers from UP killed in Shopian : Police 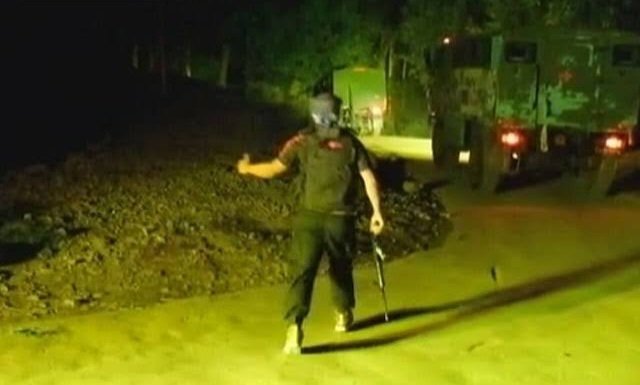 Shopian, Oct 18: Two non-local labourers were killed last night  after suspected militants lobbed a grenade on their rented accommodation in Harmain area of South Kashmir’s Shopian district.
A police official said that militants lobbed a grenade on the structure in which these labourers were living to earn their livelihood.
He said that in the incident two non-local labourers identified as Manish Kumar and Ram Sagar both residents of Kanoj Uttar Pradesh got injured and succumbed to injuries later.
“Terrorists lobbed hand grenade in Harmen #Shopian in which two labourers from UP namely Monish Kumar & Ram Sagar, both residents of Kanooj, UP got injured. They were shifted to hospital where they succumbed. Area cordoned off.” Kashmir Police Zone tweeted.

Two arrested in connection with killing of 2 labourers in Shopian: ADGP Kashmir

Police later  claimed to have arrested a Hybird militant affliated with Lashkar-i-Toiba oufit within hours, who was responsible for killing non-Local labourers in Harmain area of South Kashmir’s Shopian.

Additional Director General of Police Kashmir Vijay Kumar said that acting promptly after two non-local labourers were killed by militants in their rented accommodation, one LeT Hybrid militant identified as Imran Ganie resident of Harmain who lobbed grenade on labourers has been arrested.

Police claimed that accomplice of the main accused behind the grenade blast, leading to the death of two non-locals in Harmain Shopian, has been also arrested in the south Kashmir district.

Additional Director General of Police Vijay Kumar said that the main attacker was arrested during the night and later his associate has also been arrested within hours of the incident.

“Further investigation is going on,” he said while talking to reporters at the scene of the incident, adding, “The attacker was working for Lashker Commanders Danish and Abid.”

He said non locals remain a soft target as they don’t have security. “We will give befitting reply. Hardcore militants behind the attack will be neutralized soon,” he said . “We have carried raids at hideouts disclosed by the arrested hybrid militant and further investigation is going on.”

Two non-local labourers were killed in the grenade blast at their rented accommodation in Hermain area of district, police said on Tuesday and immediately claimed arrest of “hybrid” Lashker-e-Toiba behind it.

“(Militants) lobbed hand grenade in Harmen Shopian in which two labourers from UP namely Monish Kumar & Ram Sagar, both residents of Kanooj, UP got injured. They were shifted to hospital where they succumbed. Area cordoned off,” police said in a tweet.

Later in a another tweet, police said “hybrid” LeT militant identified as Imran Bashir Ganie of Harmain Shopian was arrested by police. “Further investigation and raids are going on,” police said.