Govt orders 2 inquiries against elected representatives of ULBs in Kashmir 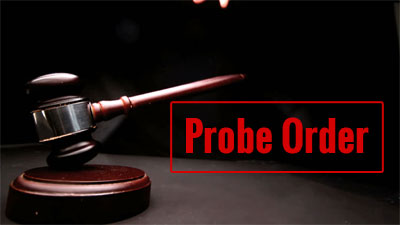 Srinagar, Oct 07: The Jammu & Kashmir Government has ordered two separate inquiries against elected corporators of Kashmir for abuse of their official position.

According to an order, the H&UDD has appointed Director Urban Local Bodies Kashmir Mathoora Masoom to conduct a detailed inquiry into the alleged abuse of the official position by Zareena Akther.

“As a principle of natural justice, reasonable opportunity of being heard shall be afforded to the vice president concerned,” the order states.

The inquiry officer has been directed to submit his report within 15 days.

In another order, the government has appointed additional deputy commissioner Baramulla, Zahoor Ahmad Raina, as an inquiry officer to probe the alleged misconduct and abuse of official position by Nighat Parveen, councilor of ward No. 10, municipal council, Baramulla.

The inquiry officer has been directed to submit a report within one month, the order states.

It is worthwhile to mention that the J&K Government had last removed the President of the municipal committee, Awantipora for abusing his official position.