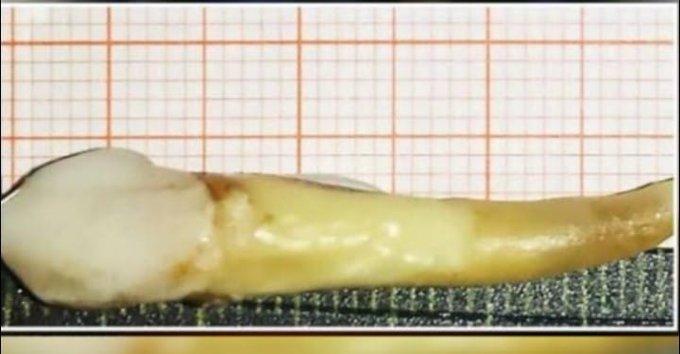 Budgam, Oct 03: Doctors at sub-district hospital Beerwah in Central Kashmir’s Budgam district claimed to have extracted the world’s “longest” tooth.
Block medical officer Beerwah, Dr Javaid Ahmad  said  that this tooth was extracted on Saturday at SDH Beerwah and was found over 37.5 mm on measuring the tooth.
He said the dental surgeon posted there was already informed when the patient was observed that this may be the world’s longest tooth.
He said that a male patient, residing in the same area, was complaining of pain for the last 10-15 days and when X-Ray was done, doctors told him that this canine needs to be extracted.
“It took almost 1 hour 30 minutes to extract the tooth and in the Guinness book of world records the longest tooth extracted so far is 37.2 mm and it is over 37.5 so it might be the longest tooth extracted so far,” he added.
He also said that patient has been kept under observation and was fine.kno