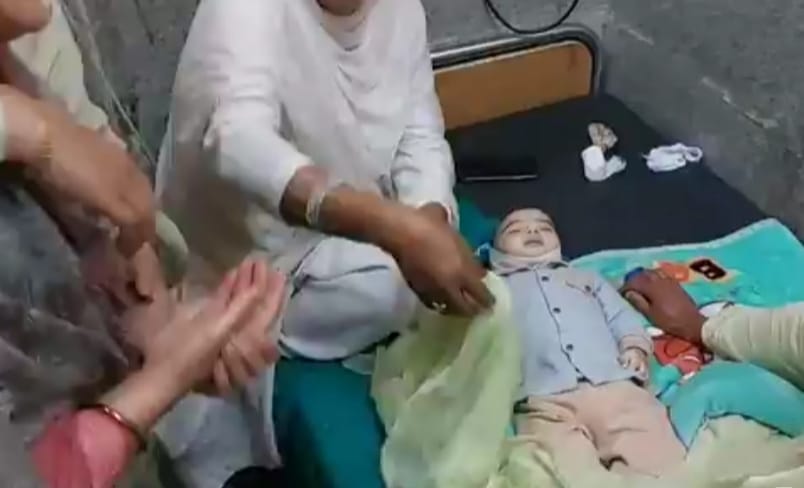 Baramulla, Sep 26: A family from Baramulla on Monday staged a protest at GMC Baramulla, alleging medical negligence by the medicos at the hospital.

According to the family, the 6-months-old baby, was taken to the hospital yesterday morning for the treatment.

However, the family was told that the baby is completely alright, they said, adding that they were asked to leave.

Later in the evening, the child was showing some signs of medical issues and “we took him to the hospital again. We were asked to conduct CBC and UBGS. It came to fore that the baby had infection and was given an antibiotic, Monesef 50, Dolo 100 and ORS following which we were asked to leave home,” father of the child said.

“After the health condition of the child deteriorated, we took him again to the hospital this morning. The baby was administered Sefraxzone 1 gm injection. However, after 2 minutes, the child died,” he said.

The family staged a protest against what they termed as the negligence by the authorities there and demanded strict action against the involved medicos.

Meanwhile, Principal GMC Baramulla, Dr Ruby Reshi said that the matter will be looked into and an enquiry team will be constituted in this regard to ascertain the facts.

She, however, added that whosoever is found involved will be dealt strictly as per the law.kno