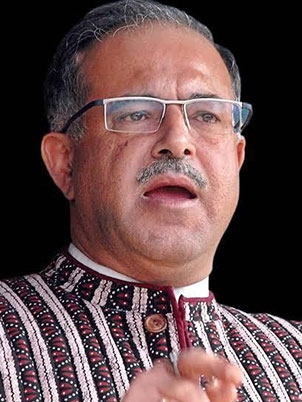 “The failure of Jammu and Kashmir administration to manage and facilitate clearance of around 8000 fruit laden trucks stranded at Qazigund and around on Srinagar Jammu National Highway, is a sheer insensitiveness,” he said.

He also said it is unfortunate from many past days fruit laden trucks have been stopped on national highway which is causing huge loss to the apple industry and thereby resulting also loss of livelihood of thousands of people who are associated with fruit industry.

The government must priorities movement of trucks on national highway and ensure early passage of trucks, he added.(