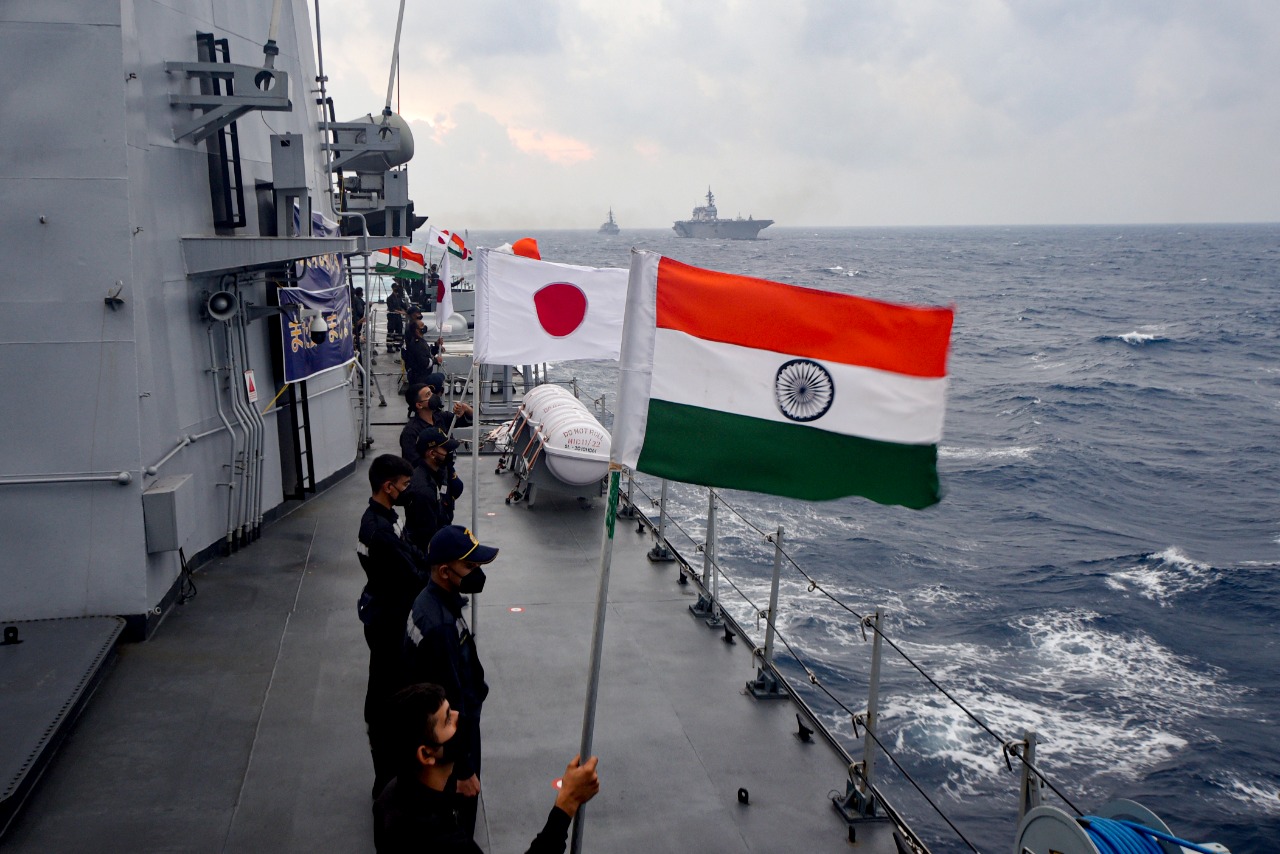 Srinagar: The sixth edition of the Japan India Maritime Exercise 2022, JIMEX 22 hosted by the Indian Navy concluded in the Bay of Bengal with the two sides bidding farewell to each other with a customary steam past on 17 Sep 22.

JIMEX 22 witnessed some of the most complex exercises undertaken jointly by the two navies. Both sides engaged in advanced level anti-submarine warfare, weapon firings and Air Defence exercises.

Shipborne helicopters, fighter aircraft and submarines also participated in the exercise. IN and JMSDF ships replenished each other at sea under the agreement on Reciprocal Provision for Supply and Services (RPSS).

The exercise, which marked the tenth anniversary of JIMEX since its inception in 2012, consolidated the mutual understanding and interoperability between the two navies.