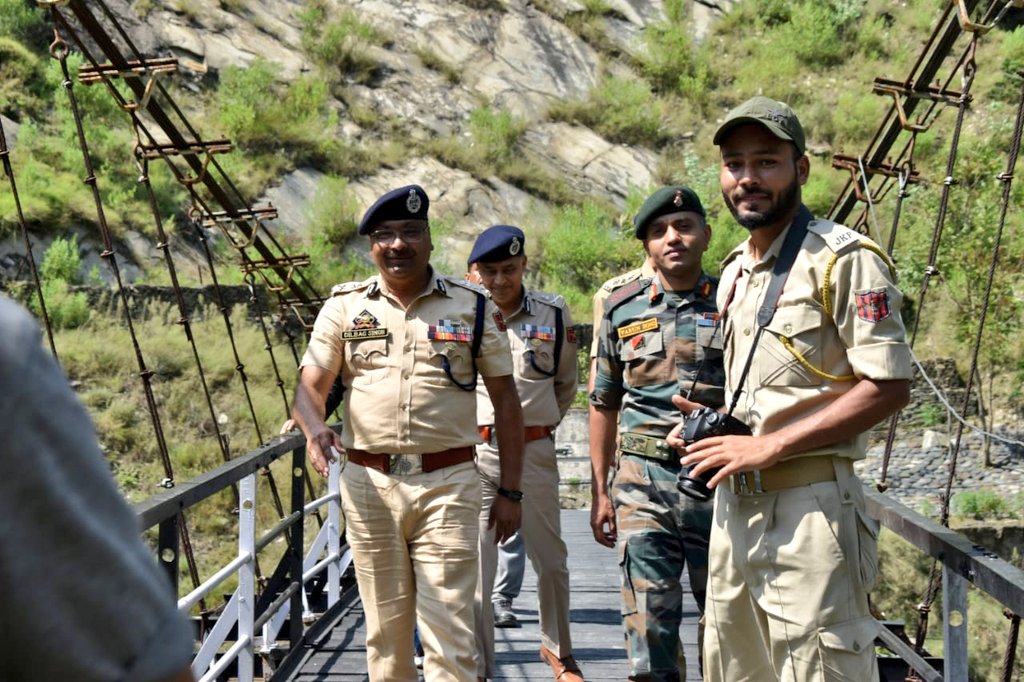 He interacted with representatives of the Panchayati Raj Institutions (PRIs) & locals and also surveyed sites for “border” police posts, a police spokesperson said.

He then visited Teetwal and Keran and had a series of interactions with the officers and personnel of Police and Army as also representatives of PRIs and locals. “The DGP complimented the Commanders and troops for their professional standards, and ability to thwart threats posed by the elements across the border,” a police spokesperson said in a statement, adding,

“He emphasized on adopting effective measures to put an end to the emerging challenge of narco (militancy). Possible security challenges and the counter measures were discussed during these interactions.”

During the visit the DGP also had public interaction meetings at Teetwal and Keran during which he appreciated the role of people in maintenance of peace, the spokesperson said.

He emphasized on collective measures to stop the drug trade saying that it is being used to harm our younger generation. He said that drugs not only affect the consumer but society as a whole.

“He advised the youth to participate in the nation building activities for a better tomorrow. He appealed for active support in curbing the illicit trade of drugs. “ He also paid his obeisance at the Shardha Mandir and Gurdhwara at Teetwal.

During his interaction with PRIs and youth of the area the DGP and visiting officers assured that the grievances brought into their knowledge would be addressed.

The DGP also visited Police station Keran and reviewed the working of the Police station. He stressed for alertness to restrict the cross-border norco trade, the spokesperson said. He also inspected the available facilities for personnel and officers in the police station. The DGP also had a survey of the proposed sites for border police posts at Jabri, Sadepora, Kandiyan and Jumagund.