India recommits to its efforts for a free, open and inclusive Indo-Pacific: Minisiter Piyush Goyal 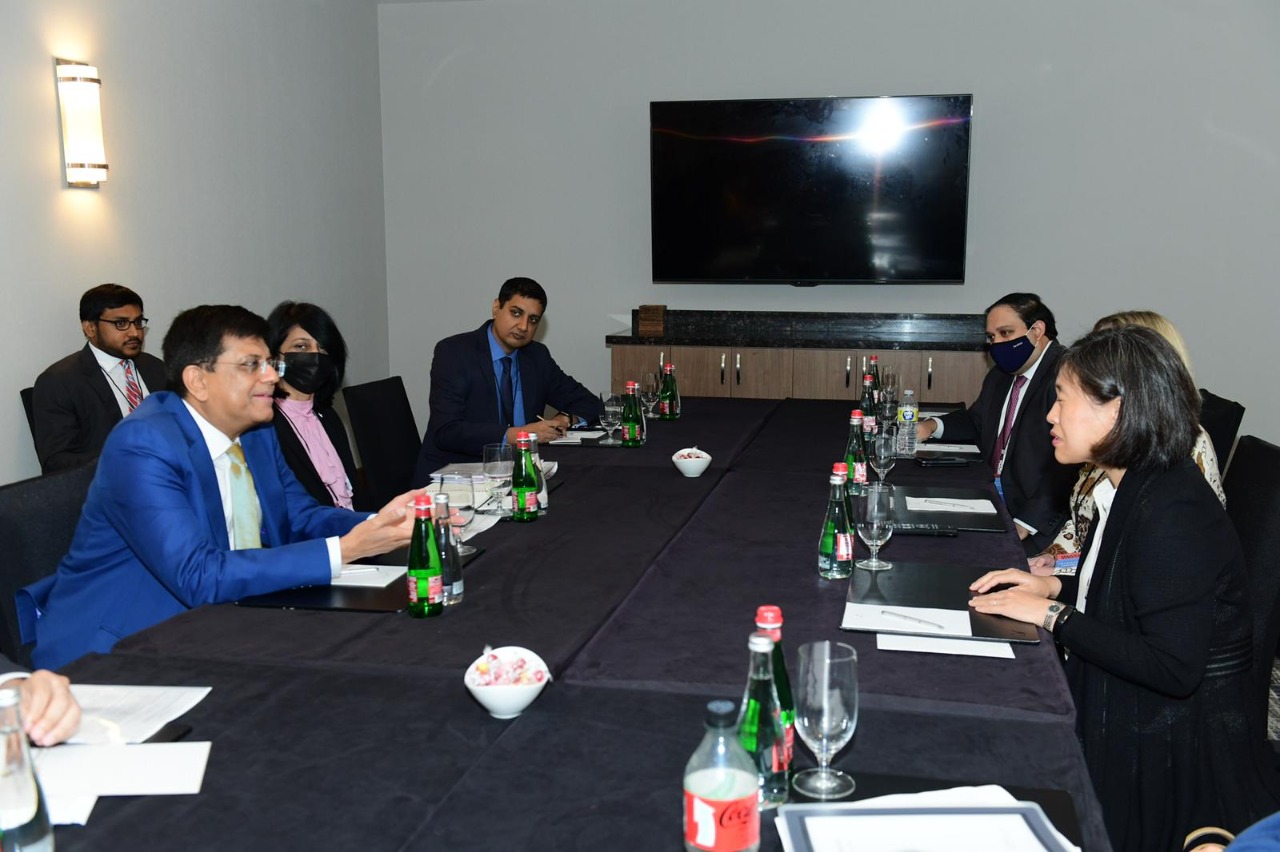 Interacting with media on the side-lines of the Indo-Pacific Economic Framework (IPEF) Ministerial Meeting, the Minister assured that India will take decisions on different aspects of the frameworks of IPEF based on our national interest.

Goyal said that there have been very useful engagements with the 14 members of the IPEF and added that the officials from member nations had worked very hard to prepare ground for such fruitful interactions. He expressed hope that in a day’s time, IPEF would finalize a framework within which member nations could interact on different areas of mutual interest.

Ahead of the Ministerial meeting of the Indo Pacific Economic Framework for Prosperity,  Goyal had met Australian Trade Minister H.E. Don Farrell in Los Angeles.

Goyal also held a meeting with US Commerce Secretary Gina Raimondo on the side-lines of IPEF Ministerial meeting in Los Angeles.

The Minister met US Trade Representative Ambassador Katherine Tai at the side-lines of the IPEF Ministerial in Los Angeles.

Speaking of the meetings with his US counterparts in the media interaction, the Minister said that the meeting with his counterparts in the US was very cordial and added that they were excited about the good work happening between US and India. They are extremely favourable towards expanding our trade and investment including in high-tech areas and wishing to further the resilient supply chains between the two nations, he said.

Goyal also met the Japanese Minister for Economy, Trade and Industry, Yasutoshi Nishimura, on the side-lines of the Ministerial.

Elaborating further on the discussions held with the US,  Goyal said that both nations believed that we need to have self-reliance as a core philosophy and have resilient supply chains between trusted partners who believe in transparent economies and rules-based trading systems. He added that US was very keen to work with India so that our dependence on other countries, particularly those nations where we have faced severe problems in the last two to three years can be reduced.

Responding to a query on market access issues, Shri Goyal said that an India-US Trade Policy Forum would soon be held during which we would come up with more deliverables and newer areas of engagements.

Taking a question on digital economy, the Minister said that he had informed his counterparts in the US that India was looking to have very contemporary and modern laws in the digital space while maintaining high levels of data privacy, particularly of our citizens’ personal data. In that spirit, India is working on a more robust framework to be presented to the Parliament soon and this has been much welcomed by the US and businesses in India. India is a big provider of technology services and we have a shared interest to have a very good understanding on the laws because we have a great interest in services export also, he added.

Shri Goyal said that in this day and age of work from home, new opportunities have opened up for our youngsters, especially the young people in tier 2 and 3 cities and remote areas to provide cost-effective solutions to US companies and it has been received with a great deal of excitement by US businesses.

Referring to the series of meeting he had with US companies in India, Daavos, during the WTO meeting and in the Bay area, Goyal said that these interactions gave him a sense of encouragement that US Companies are looking to expand hiring in India and to expand their research and development, technology support systems and back offices. Numbers they are indicating in terms of their hiring plans are truly staggering, he added.

Responding to a query on the upskilling initiative he launched in San Francisco, SETU, the Minister said that India would be its beneficiaries too with our youngsters, especially girls, who have tremendous potential standing to gain from the training and upskilling being offered by the reputed firms who are part of the initiative. India has also extended its support to the initiative as we have some outstanding ed-tech companies and skilling initiatives in India to provide cost effective solutions. It was welcomed by the US, the Minister said.