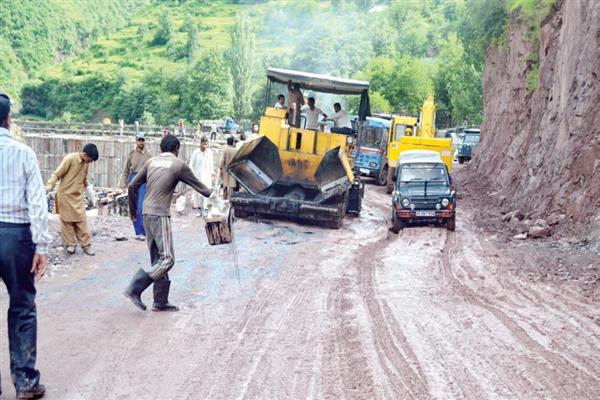 Srinagar, Sep 02 (KNO): Craving for the macadamization, the Srinagar roads that are in shambles for the last some years, are all set to be renovated as the government has released Rs 20 crore in favour of Srinagar Municipal Corporation (SMC) here while the tenders have also been issued for 74 works in the areas falling under the jurisdiction of the corporation.

Sources within SMC,  said that a total of Rs 20 crore has been released for the macadamization of the Srinagar interior, falling under its jurisdiction.

“The SMC had proposed Rs 40 crore for the macadamization process. However, only Rs 20 crore has been released on August 16 this year,” they said, adding that the tenders have also been floated by the SMC.

“The tenders for 74 works have been floated by SMC yesterday,” they said, adding that the work would be started soon in this regard to ensure hassle free movement to the commuters, who are presently facing tough times due to the potholed roads across Srinagar.

The officials in SMC said that they are expecting to start the work as soon as possible, adding that once the tendering process is done, the work will be started on a war footing basis.

Pertinently, most of the roads falling under SMC’s jurisdiction have developed potholes, causing immense hardships to the commuters, passing through these congested roads.kno