Police arrest duo for blackmailing a girl in Srinagar 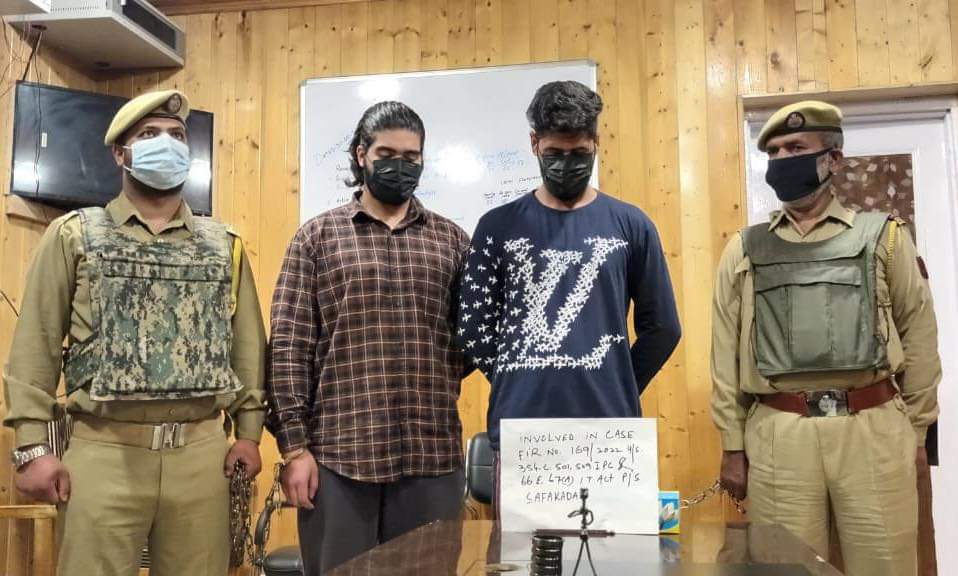 They said that the two accused Danish Majeed Bhat of Noorbagh and Aadil Ahmed Rather, a resident of Shunglipora Srinagar were arrested for blackmailing and extorting money from a girl (name withheld) threatening her of circulating a video on the internet.

After receiving the complaint, both the accused were arrested by police station Safakadal while a formal FIR vide number 169/2022 under section 354C, 509 IPC, & 66 E,67,67 A IT Act was registered against them. knt