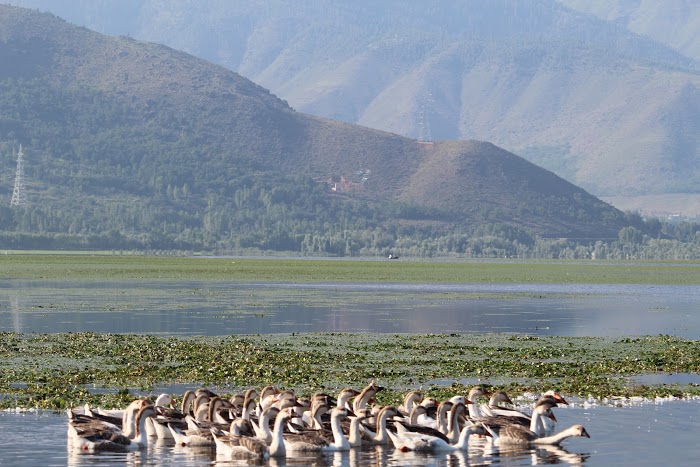 Guroora/Bandipora, Aug 31: Divisional Commissioner Kashmir, Pandurang Kundbarao Pole said that the government is going to construct a non-motorable walkway around the Asia’s famed Wular lake in north Kashmir’s Bandipora district.
Talking to reporters on the sidelines of Wular festival organised by Wular Battalion, 26-Asam Rifles and district administration Bandipora on Tuesday evening, Pole, said that beautiful non-motorable walkway will be developed around the lake which will attract more and more tourists.
“Odisha’s Chilika Lake is famous for tourism all over the world but the Wular lake is more beautiful than that in terms of biodiversity and other natural varieties,” he said, adding that the Wular has the potential to change socio-economic condition of the people.
Pole said on an average 8 lakh tourists visited Kashmir every year including Yatris till 2019. He said the valley witnessed unprecedented inflow of tourists after December 2019 and on an average 1.5 lac tourists visit JK, while about twenty lac tourists visited this year so far.
He futher said that the government has started registering rooms for home stays so that every house can spare a room for tourists and earn their livelihood.kno