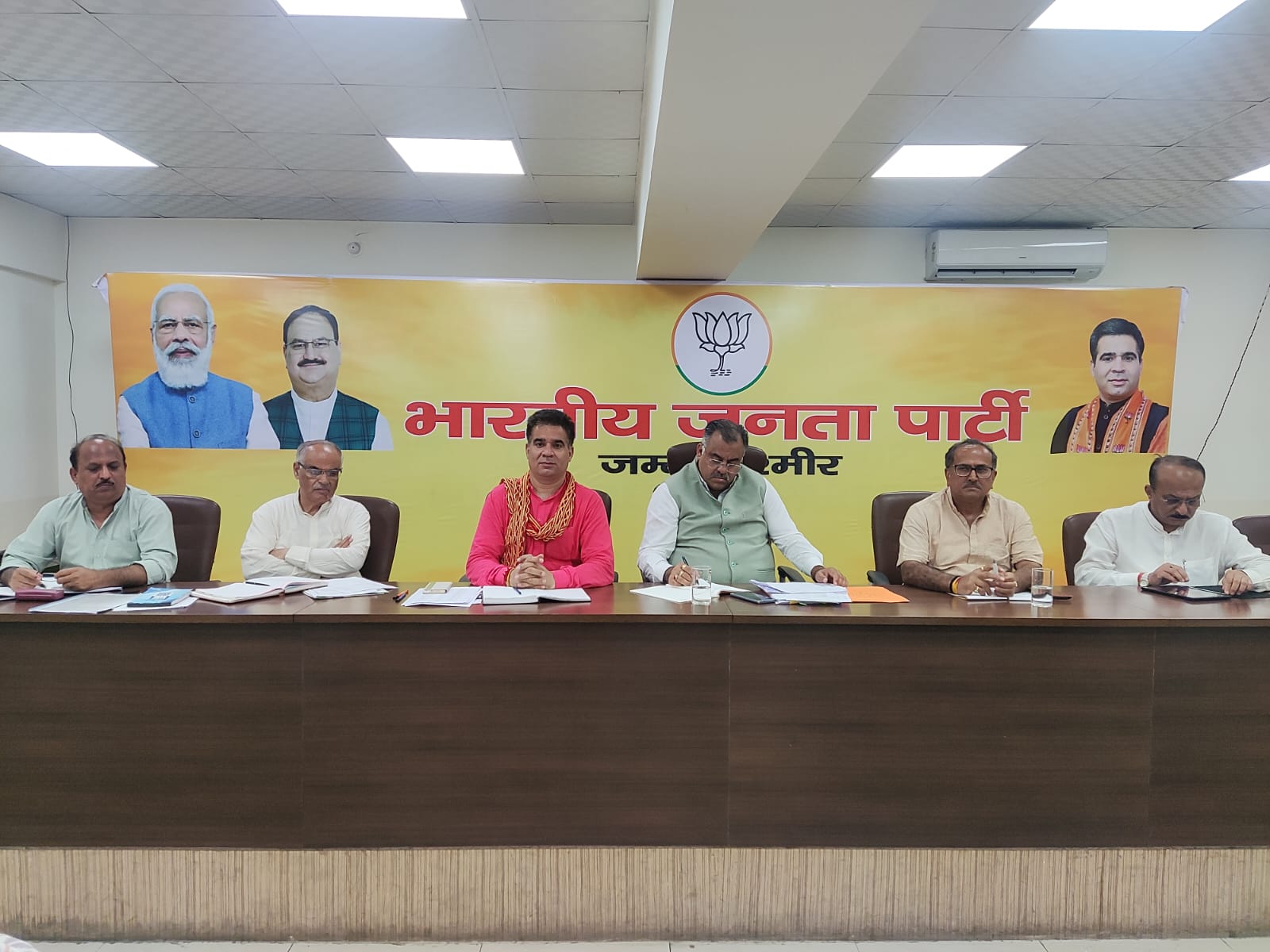 Many senior party leaders from all the districts of erstwhile Doda including Ramban, Kishtwar and Doda, which has believed to be home-turf of Ghulam Nabi Azad were invited in the Core Group Meetings.

Tarun Chugh while addressing the meetings held intense interactions with the senior party leaders from every district and asked them to conduct every organizational activity at the grass root level.

The party leaders were instructed to hold continuous meetings with the party workers to know the ground level situation and have fixed schedules of Pravas in various areas.

The party leaders were also asked to report every important and prominent social and political development in their respective areas.

Ravinder Raina said that party activists need to multiply their efforts to further strengthen the party at grass root level.

He said that the party activists have to work within the masses so as the malicious campaign initiated by certain selfish political parties can be countered effectively.

Ashok Koul sought the details of various organizational and political programmes undertaken by the party leaders in their respective districts.

Ashish Sood discussed details of the recent organizational programmes of party with the party leaders.kno