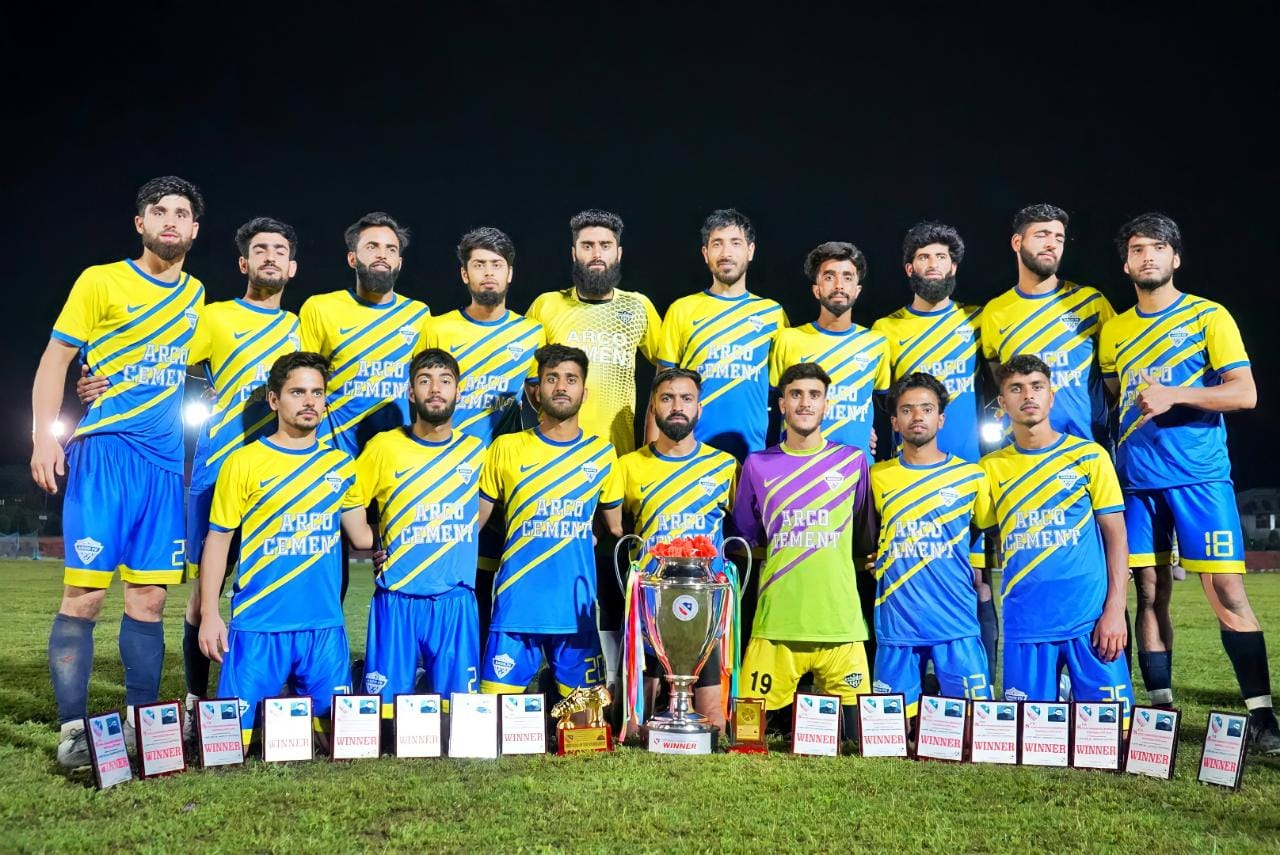 The final match for the title between the two football clubs was played at Sher e Kashmir Stadium Bandipora.

However, in the 2nd half of the game, Arco FC outshined the game. They overpowered the opponent team completely with Danish scoring two back to back goals.

Subsequently, Junaid scored the 3rd goal in the last moments of the game.

Danish was declared Man of the match and was also awarded with the Goal of the tournament award.

Yawar was declared as the best defender of the tournament.