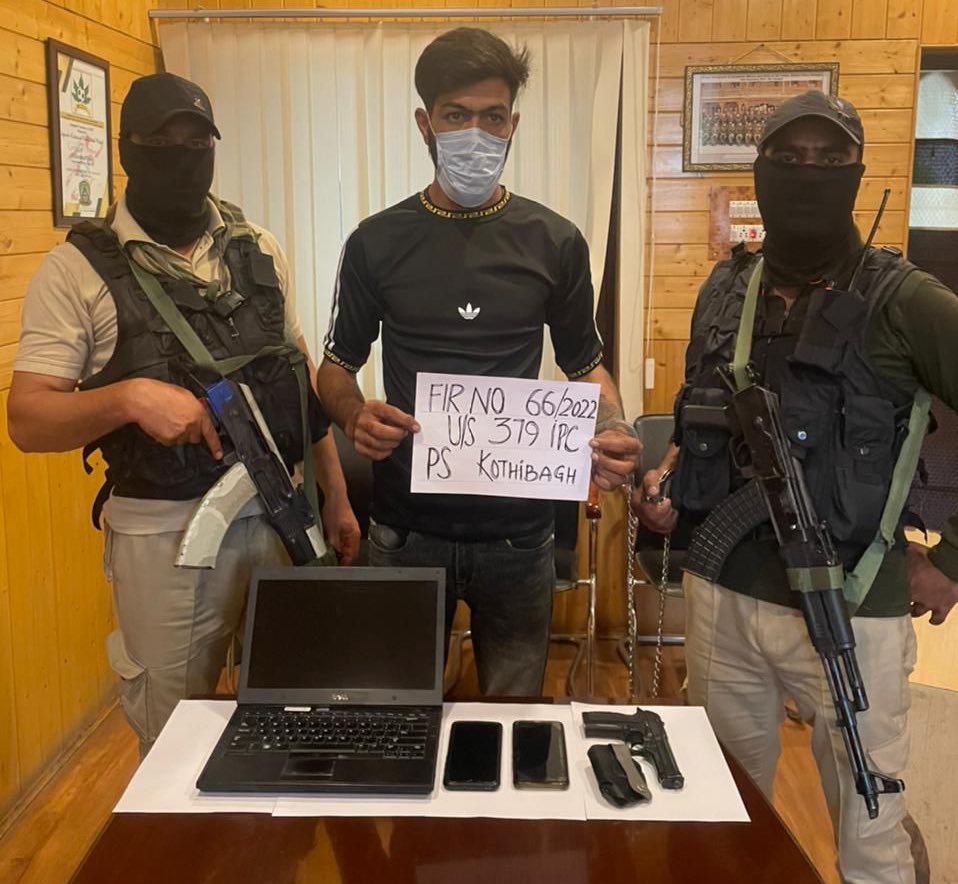 Srinagar, August 25: Police on Thrusday said that they have arrested one Extortionist along with a fake pistol in Central Kashmir’s Srinagar district.