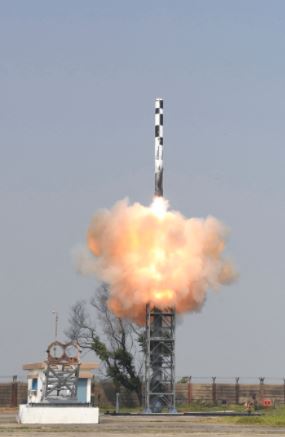 New Delhi: The government has terminated services of three Indian Airforce (IAF) over ‘accidental firing’ of Brahmos missile into Pakistan.

In a statement, the Indian Air Force said, a BrahMos missile was accidentally fired on 9th March this year. It said, a Court of Inquiry (COI) was set up to establish the facts of the case including fixing responsibility for the incident.

“A BrahMos missile was accidentally fired on March 09, 2022. A CoI, set up to establish the facts of the case, including fixing responsibility for the incident, found that deviation from the SOP by three officers led to the accidental firing of the missile,” the IAF said in a statement.

“These three officers have primarily been held responsible for the incident. Their services have been terminated by the Central Government with immediate effect. Termination orders have been served upon the officers on August 23, 2022.”

The officials who have been terminated from service include a Group Captain, a Wing Commander and a Squadron Leader, news agency ANI reported, adding, the officers deviated from the standard operating procedures which led to the accidental firing of the missile.

An unarmed BrahMos missile accidentally landed in Pakistan on March 9, 2022.

Following this, Pakistan lodged a strong protest and summoned India’s Charge d’Affaires in Islamabad to lodge a protest over what it called ‘unprovoked violation of its airspace’.

Taking a serious view of the accidental firing of a BrahMos missile into Pakistan, the Union Government ordered a high-level Court of Enquiry in March this year.