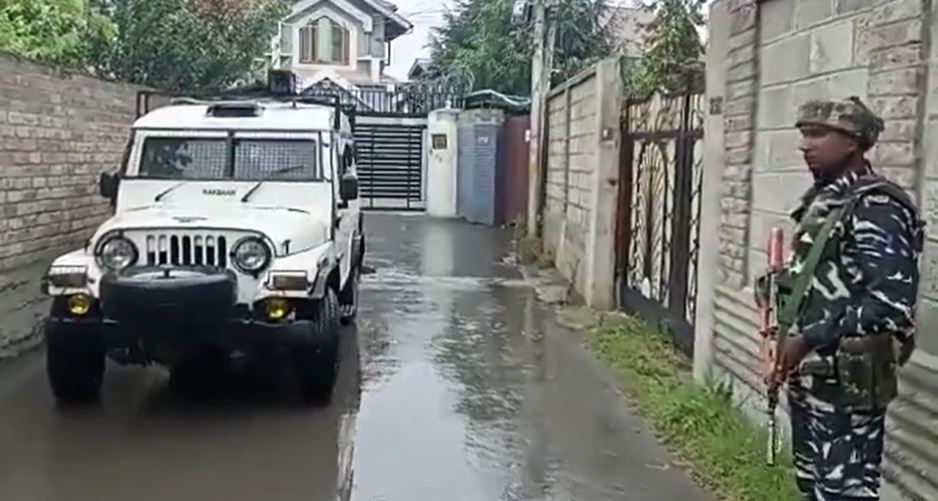 In a handout, the police said that Srinagar Police today conducted simultaneous searches at four locations, two located in Barzulla area, one in Brein Nishat and one in Maisuma in houses and offices of three lawyers in connection with killing of Advocate Babar Qadri.

According to police spokesman, the houses of lawyers Mian Abdul Qayoom, Muzaffar Ahmad and Manzoor Ahmed Dar were searched in furtherance of the investigation of the aforementioned murder case.

All procedures as per due process of law were followed in the searches so conducted in presence of Executive Magistrates. Deputy Superintendent level officers personally supervised and led these searches at all locations.

Digital devices, bank statements, property sale agreements, suspicious books and other relevant material was seized during the searches, he said.

Pertinent to mention that Babar Qadri, an advocate by profession was assassinated by militants on September 24th, 2020 at his residence and a case under FIR number 62/2020 was registered in Police Station Lal Bazar under sections of 302 IPC , 7/27 Arms Act, and 16,18,20,39 of Unlawful Activities ( Prevention) Act, he said.

Five accused have been since charge sheeted in this case and are facing trial.

The searches were conducted during further investigation in the case wherein certain new evidences came up that have the potential to unravel the conspiracy part in this killing.Further Investigation in this case is in full swing, reads the statement.