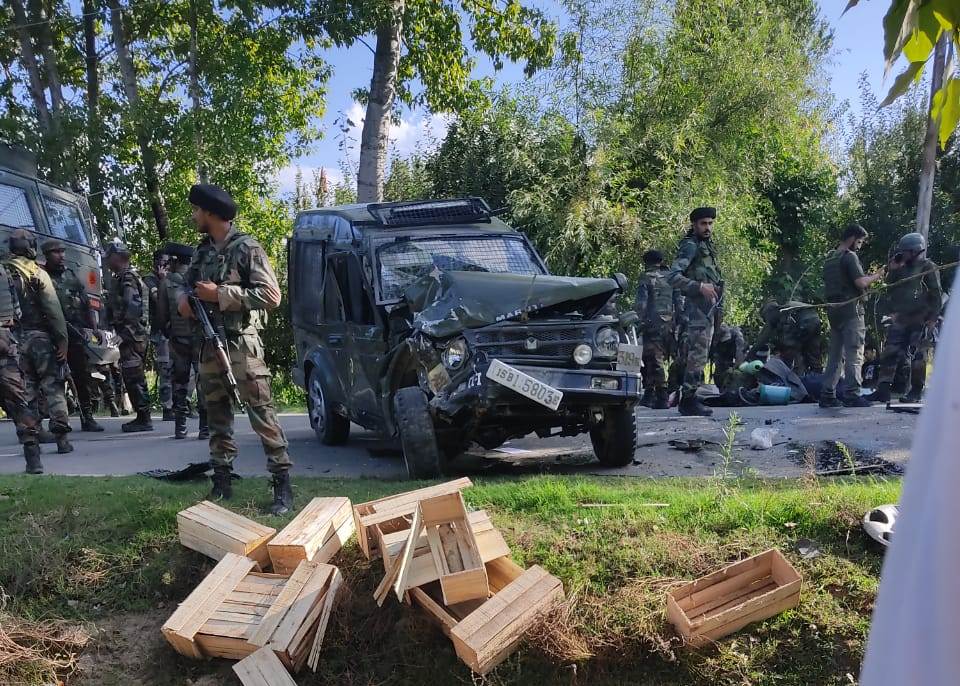 Handwara, Aug 22: Five persons including three Army personnel were injured after an Army vehicle collided with a load carrier in North Kashmir’s Handwara.

Local sources said that there was a head on collision between a load carrier (JK09C-7067) and an Army vehicle. Both the vehicles suffered damage while 5 persons including 3 soldiers sustained injuries.

Two civilians injured in the accident have been identified as Nazir Ahmed Wani of Mandigam and Irfan Ahmed Reshi, a resident of Shanoo village of Handwara.

Police in this regard have taken cognizance and registered a case under relevant sections of law. knt