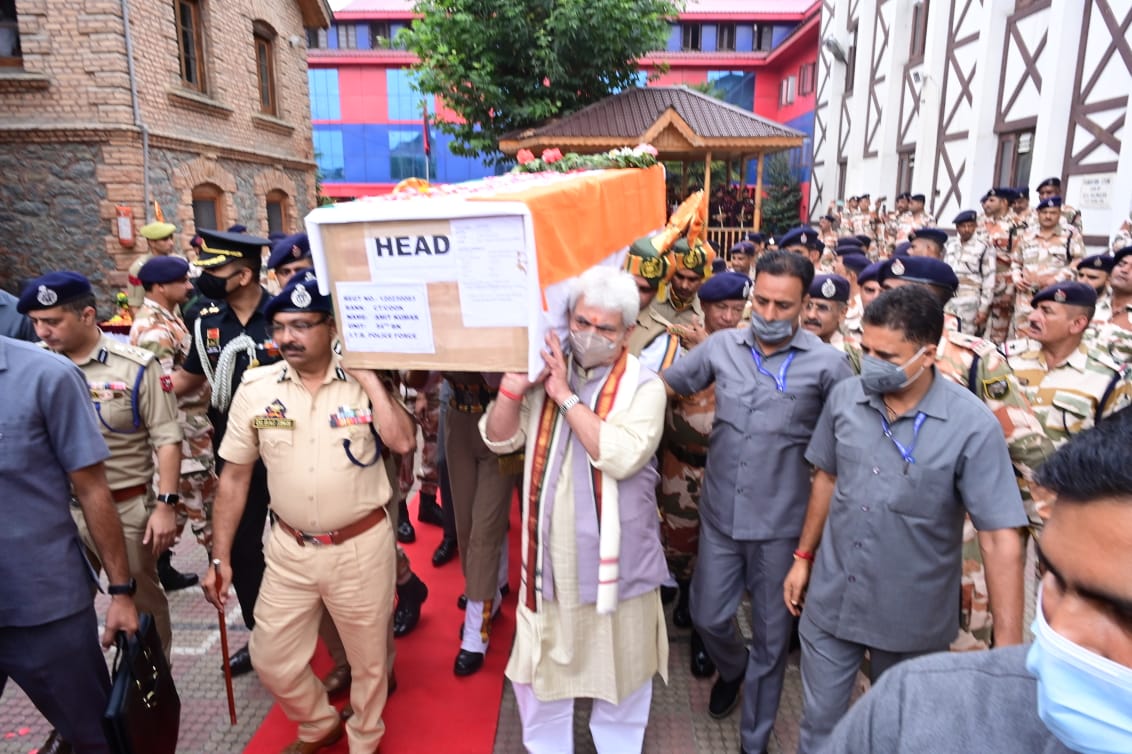 Srinagar, Aug 17: Jammu and Kashmir Police Chief, Dilbagh Singh on Wednesday said that two persons involved in the killing of a Kashmiri Pandit in Shopian yesterday have been identified and that strict action will be taken against them.
Talking to reporters on the side-lines of wrath laying ceremony of ITBP men, who died in Pahalgam accident yesterday, DGP, said that the people have supported positive changes on the ground well, which doesn’t suit the anti-peace elements, who are trying to disturb peace.
“The way people supported positive moves. The calm situation on August 05 and 15 celebrations were appreciable and the people supported Amaranth Yatra in every possible way, which didn’t suit the anti-peace elements. They try to disturb peace, but their attempts have been and will be foiled in the future as well,” DGP said.
About Shopian killing, he said that the identification of two persons involved has been established, while further process has been initiated and strict action will be taken.
He also paid tributes to the ITBP personnel, who lost their lives in Pahalgam road accident yesterday and said that those injured are getting specialized treatment and if need arises, the injured will be taken to Delhi hospital for further treatment.
Meanwhile, DG ITBP, S L Thaosen also paid tributes to the deceased personnel and said that the treatment of injured personnel is going on and they will get the best treatment.kno