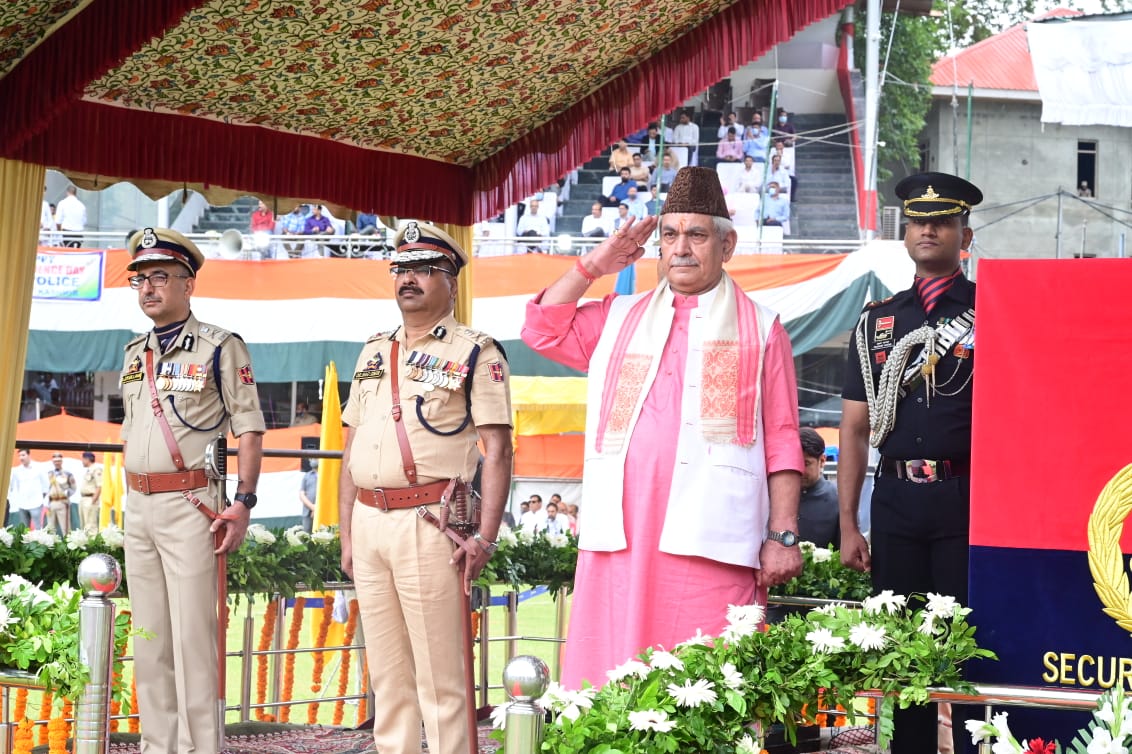 Srinagar, Aug 15: Jammu and Kashmir’s Lieutenant Governor Manoj Sinha Monday said that stone pelting, hartals, and the closure of schools, colleges was a history as democracy was fully flourishing in the UT after tumultuous three decades.

He said security forces have launched the “last assault to dismantle the terror network in J&K.”

Addressing the gathering at highly fortified S K Stadium at Sonwar here, on the occasion of 75thIndependence Day, Sinha said that all efforts by the neighboring country to destabilize peace are being dealt with professionally by “our security forces” who are working day in and out to cement peace and make it a permanent feature.

“Stone pelting on roads, hartals and closure of schools and colleges is a history now. Out of 365 days a year, 100 days would witness hartals that would take toll on business, and education of children studying in schools and colleges,” Sinha said adding that J&K was heading towards peace and prosperity. “Bazaars remain open till late night and transport plies normally till late evening hours. There is no fear and the common man are feeling a sigh of relief,” the LG said.

He said that all nefarious designs and the propaganda to misguide youth are being given a befitting reply by the security forces and the administration. The LG said that security forces in J&K have launched the final assault to dismantle the “terror network” run by the neighboring country.

About har ghar tiranga, Sinha said J&K topped the list in the country as far as enthusiasm to unfurl the tiranga.

“Youth were on the forefront of this campaign and there was a great enthusiasm among them vis-à-vis Independence Day celebrations,” Sinha said.

He said that it is the youth of J&K who have to decide where they want to see J&K after 25 years.

“Youth have a great and big responsibility to shape the future of J&K,” he said, adding that youth have big dreams and they are treading the path where they can convert their reality into dreams. The LG listed a series of developmental projects started by his administration stating that peace was a must to ensure round the clock development of J&K as “there can be no development without peace.” He said that his government was committed to take J&K to new heights on the developmental front and restore the lost glory of J&K for which it was once known. “J&K was and will remain as the crown of India,” he said.kno