Will push last nail in the coffin of militancy in one year: LG Manoj Sinha 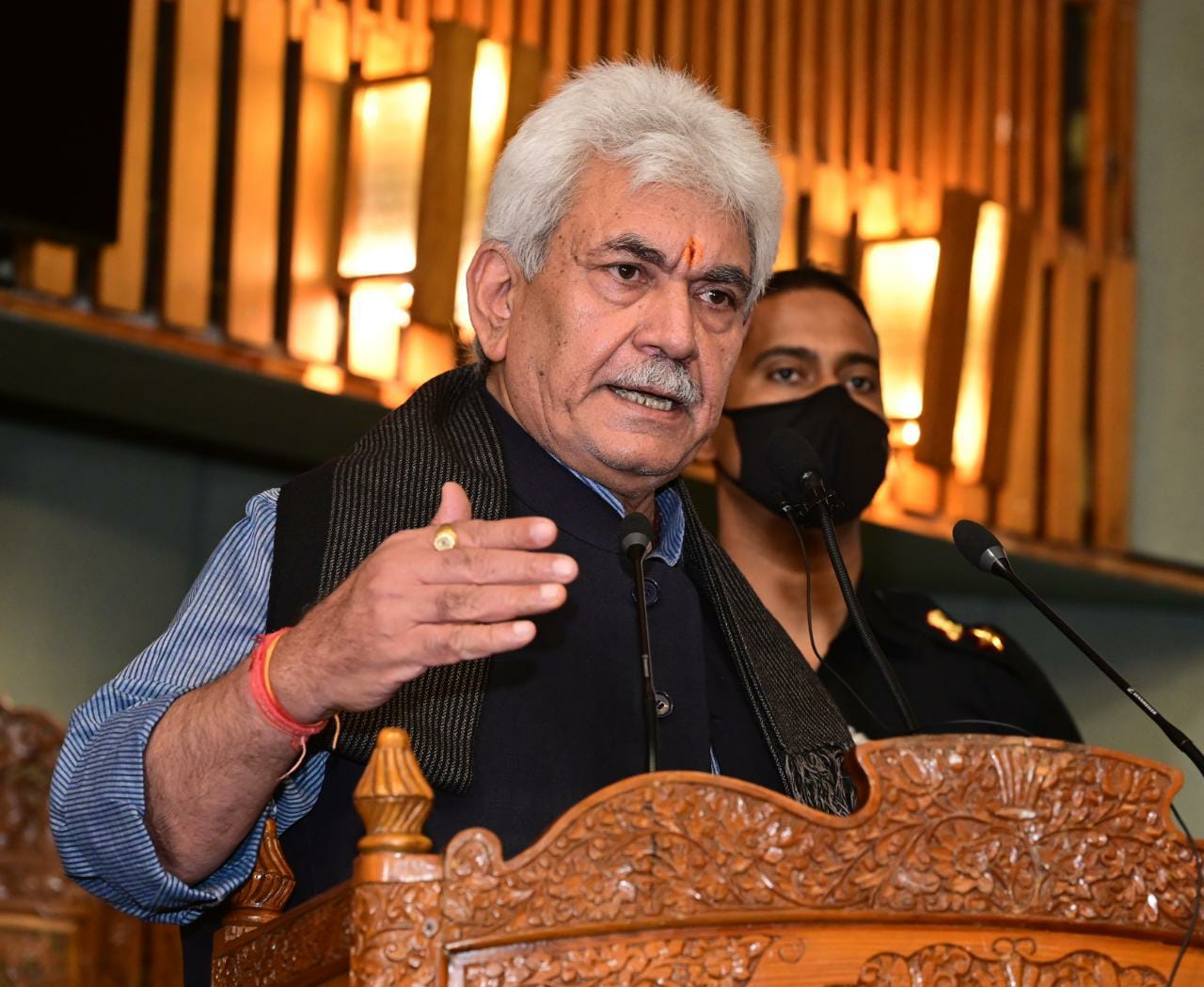 Srinagar, Aug 13: Jammu and Kashmir’s Lieutenant Governor Manoj Sinha Saturday said that time has come to push the last nail in the coffin of militancy in J&K within a year from now to make peace a permanent feature of the region.
“Time has come when all of us will have to work together to cement peace. Within a year from now, we will push the last nail in the coffin of militancy and make peace a permanent feature of J&K,” the LG said addressing a gathering at SKICC on the banks of world famous Dal lake here.
He said security forces are working day in and out to cement peace in J&K.
Sinha said that without peace, there can be no development in any part of the world. “Some people are wearing dark glasses and can’t see development taking place in J&K.
“Union Minister is on record in the parliament that 1 Crore tourists visited J&K this year. Srinagar airport saw 110 flights operating in a day while 44 flights operated from Jammu airport against the previous record of six flights a day,” he said.
The LG said that work on two AIIMS, Medical Colleges, Cancer hospital are in full swing. “Next year, Kashmir will be connected with the Kanyakumari through train,” he said.
The LG said that J&K has been the crown of India but some elements hatched conspiracies to destabilize the region and foment trouble.
“We are committed to restore the last glory of the region. Today, in Pulwama, 10,000 youth are holding tri-colour in their hands. Same is the case with Shopian district and other districts of Kashmir. There is no coercion”.
J&K has been the crown of India and we are working in that direction to restore its old glory. Some people are not able to see the change. In Pulwama, 10,000 youth with Tiranga in arms shouting Bharat Mata ki Jai, in Shopian and other districts. This is happening without any coercion and by the will of youth,” he said.
Sinha said that not a single civilian was killed in security force’s firing in the last three years. “We are following the policy of don’t touch innocent and don’t leave the culprit,” he said.
The LG said youth in Kashmir have changed.
“Those who would hold stones in their hands are today participating in peace-building,” he said. The LG E-inaugurated various projects on the occasion of Azadi Ka Maha Utsav—commemoration of 75 years of India’s Independence.kno